Ginimbi death: Did he ignore a prophetic life saving call? 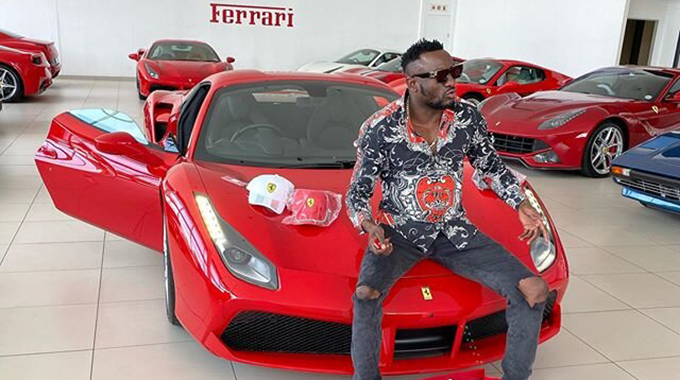 Reports about his accident started filtering in early morning, with some expressing shock at how that could be to one driving an accident mitigation Rolls Royce on head-on with a Honda Fit.

Zim Morning Post is in possession of two documents from Chirambwi of three weeks back.

In the documents, made available prior to Sunday (today)’s tragic event, Chirambwi, who calls himself Prophet Advocate John Joshua, spoke of seeing in a vision a vicious wide-mouthed crocodile.

The marine or water vision, said Prophet Advocate Joshua, as he later leant, represented a 72-hour hiatus for prayer to Ginimbi.

“A crocodile had opened its mouth to consume him in the spirit.

“It was his last chance to repent, had he come to see me,” the soft-spoken prophet said.

The other document in possession of this publication is of a Facebook video clip released to the public on October 4.

“That October 4 video clip is now in the public domain, anywhere.

“In there, I was saying Ginimbi is about to die and that he needs to pray to avoid the death or specifically come to me for prayers,” Prophet Joshua said.

This version by Prophet Advocate John Joshua corroborates one doing the rounds, not only in Zimbabwe but has reasonably permeated across to other lands through the social media platforms.

In the video, Ginimbi and two others reportedly went to Chipinge – about 200km south of Mutare – to obtain self-enrichment black magic.

Chipinge is notorious for such magic.

While in Chipinge, Ginimbi and his two associates, only known as Sheu and Bothy, allegedlly entered into a pact with some forces of darkness.

Zim Morning Post understands from insiders that, depending on the nature of agreement arrived at, beneficiaries would be granted specific times of enjoyment to worldly goodies but in direct exchange of their lives.

Sheu and Bothy are reportedly now both dead, their times having already come.

The question now is: Would a Ginimbi compliance to Prophet Advocate Joshua have avoided death for him?