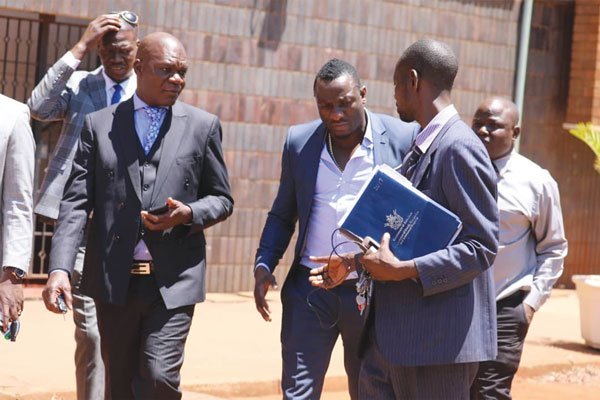 Socialite and businessman Genius Kadungure, who is in custody, has filed a bail appeal with the High Court after Acting Chief Magistrate Mr Munamato Mutevedzi denied him bail last week.

He is facing fraud charges for allegedly undervaluing excise duty for his top- of-the-range Bentley Continental GT to the Zimbabwe Revenue Authority (Zimra).

Through his attorneys, Venturas and Samukange Legal Practitioners, Kadungure argued that Mr Mutevedzi erred in concluding that he committed an offence whilst on bail and that he was not a suitable candidate for bail.

The lawyers argued that this was despite the absence of a criminal record, and his incarceration negated the presumption of innocence applying to all pending charges.

The court failed to note that the same matter had been resolved at the High Court recently, they argued.

“The court a quo erred and misdirected itself in failing to give due regard to the fact that the charge against the appellant (Kadungure) pertained to an issue already determined by the High Court and that there was no prejudice to the fiscus with duty having been reassessed and paid, thus rendering the offence to lose its sting and a prosecution mala fide,” said Kadungure’s lawyers.

They argued that Kadungure was not a flight risk since he had handed himself over to the police.

“The State case is weak if regard is to the fact that appellant had since complied with the High Court order from which the present matter emanates,” they said.

The case is yet to be heard.

Kadungure is related to Marry Mubaiwa nee Chiwenga, the estranged wife of Vice President Constantino Chiwenga, and there are suspicions the VP is behind his alleged persecution.

Chiwenga and Marry are going through a nasty divorce that has already seen the former army general get his wife arrested and spending several weeks in remand prison.

Kadungure, a first cousin to Marry is seen as the collateral damage in the VP’s war of attrition.

Legal experts say it is puzzling Kadungure who was already out on bail for a more serious offence involving over $5 million is now being denied bail over a case involving only $58 665. The Herald/Staff Reporter