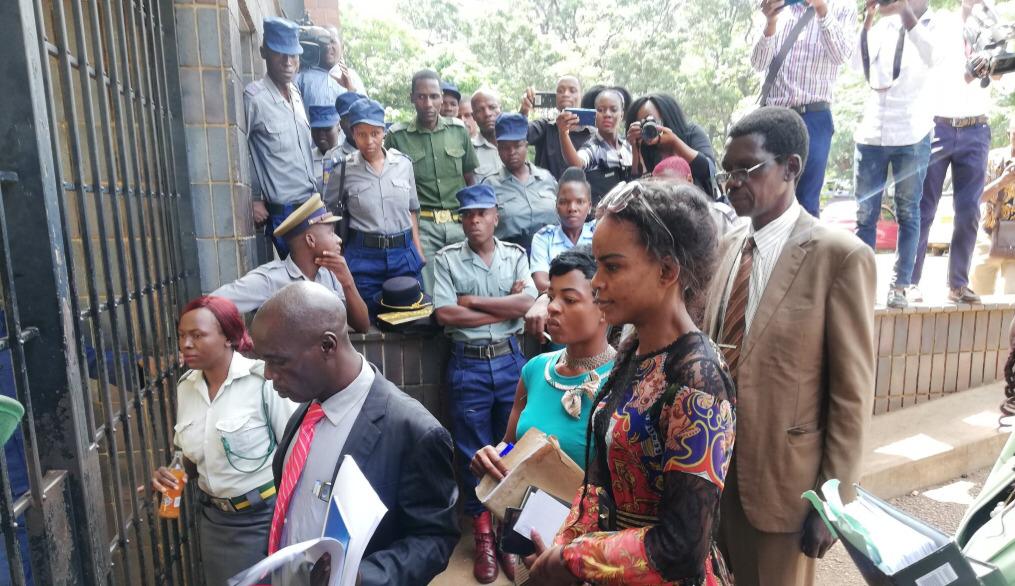 VICE President, Retired General Dr Constantino Chiwenga’s estranged wife, Marry Mubaiwa has been freed on a $1 500 bail with orders not to interfere with State witnesses, Delight Munyoro and Batsirayi Furukiya.
Mubaiwa was also ordered by Judge Justice Ndewere to continue residing at Number 40 Folyjon Road in GlenLorne, which is her parents’ place of residence.
She will be back in court on February 14 for her routine remand.
Mubaiwa was initially denied bail at the Harare magistrates court and remanded in custody on the 1st of this month on allegations of assaulting her maid, Delight Munyoro at Hellenic School in Borrowdale, following an altercation over the custody of her children with the Vice President.
Mubaiwa had won her High Court appeal for custody of her three minor children and access to the matrimonial home, but her joy was short-lived after VP Chiwenga filed a notice of appeal at the Supreme Court, challenging the lower court’s decision.
The filing of a notice of appeal effectively suspends the court ruling until the determination of the appeal.
Justice Christopher Dube-Banda had ordered that the custody of children be restored to Mubaiwa and barred the Vice President from interfering with her access to the Borrowdale Brooke house.
Mubaiwa had sought the intervention of the High Court after she was barred from the matrimonial home and custody of the children taken from her following the couple’s fallout.

In another case, embattled businessman Genius Kadungure, popularly known as Ginimbi will remain in custody after he was denied bail at the Harare magistrates court.
Regional magistrate, Chrispen Mberewere denied him bail on the basis that he committed the offence while on bail for another crime.
Kadungure is facing charges of fraud for paying undervalued duty for his Bentley motor vehicle he bought from South Africa.