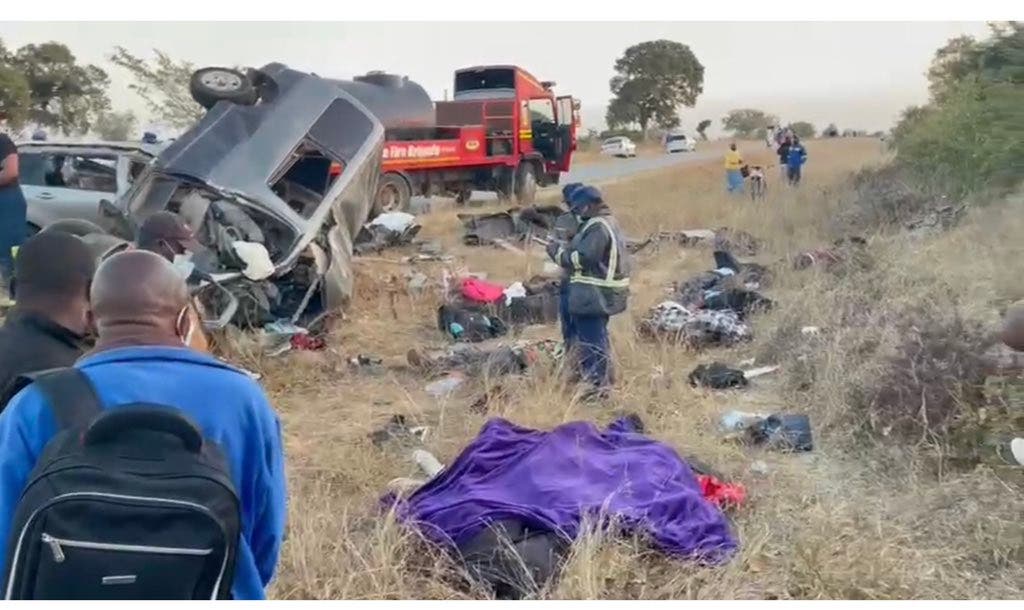 The Zimbabwe Republic Police (ZRP) has announced that 20 people have been confirmed dead while 3 others were hospitalised following a horror accident that occured on Monday at around 1545. The accident occured after Mhandamabwe on the road linking Masvingo and Zvishavane.

According to the police, the accident occured when the driver of a Toyota Granvia lost control of the vehicle following a burst tyre. The Granvia encroached into the lane of a Toyota Wish vehicle resulting in a horrific head-on collision.

The accident occured at the 61km peg along Masvingo – Mbalabala Road near Chitowa Business Centre, just after Mhandamabwe.

The accident also occurred at a time when intercity travel is currently prohibited. Last week President Emmerson Mnangagwa announced that a restriction on inter-city travel after placing the country under Level Four lockdown following a surge in Covid-19 infections and deaths in the country.