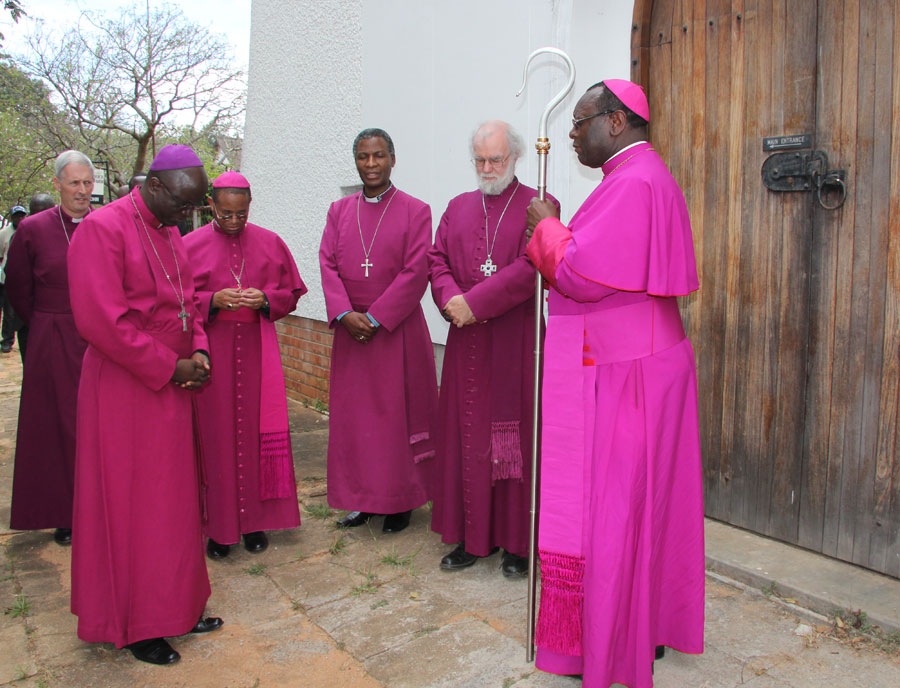 An ugly fist fight broke out during service inside St Agnes Anglican Church in Mutare on Sunday, pitting Masvingo Provincial Development Co-ordinator Mr Fungai  Mbetsa, on one side and Mr Tinotenda Magada on the other.

St Agnes Anglican Church for a while has been a hotbed of factional fights and on Sunday a normal praise and worship session came to a halt as members from feuding factions clashed.

Video scenes typical of a nightclub brawl have since gone viral on social media depicting chaos that rocked the church service on Sunday with members insulting, pushing and shoving each other.

Mr Mbetsa concurred that the church session did not come to a logical conclusion because of “political issues in the Anglican church”.

“I only attended a church service as usual. The church session did not end well because of many reasons which I cannot reiterate. I did not see any problem with me attending the service because I was born an Anglican and will remain one. These political issues in the Anglican Church started long back and we are even trying to end them, which is however becoming so difficult for us,” he said.

A congregate, who requested anonymity fearing victimisation, said the violence occurred when Mr Tinotenda Magada tried to block Mr Mbetsa from putting an offering and this angered the later to the extent that he attacked Mr Magada.

“This ignited a fight between the two as fists were exchanged in the church without any of them respecting the place of worship. It is now a policy in Anglican that there should be one service under two different reverends and two different offering bowls.

Mr Magada, who was also among the congregants, could not give a comment when he was contacted but referred The Manica Post to his lawyer who was not reachable at the time of going to print.