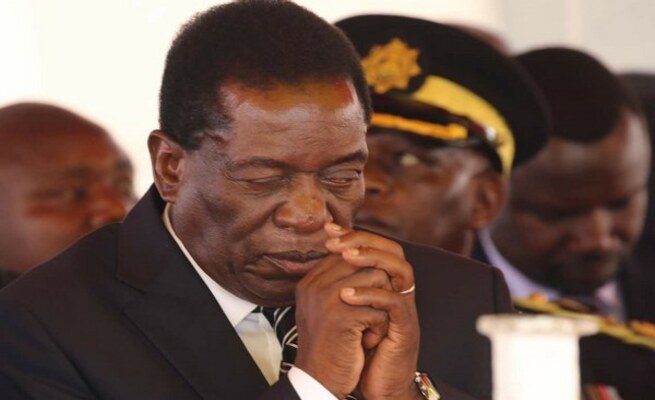 THREE days before the 31 July 2018 general election, Harare erupted into a riot of colour as the top contenders brought their campaigns to a roaring crescendo.

The capital city was hosting two star rallies on the same day. The mood was electric, the atmosphere charged and the respective supporters were decked out in their loud colours.

At the National Sports Stadium, Zanu-PF supporters trooped in, creating a green-and-yellow spectacle as party cadres dished out free regalia.

At Freedom Square, opposition MDC Alliance supporters created a sea of red as they filled every square inch available, amid defeaning roars of “Nero! Nero!”

It was a remarkable Saturday. Each political party had to dig deep in its bag of tricks to summon the power of persuasion. Nothing beats political diversity.

Think, for a moment, what would have happened on that day if the MDC — exploiting the full strength of home advantage in its urban stronghold — had violently barricaded the roads and denied Zanu-PF supporters access to the stadium venue. There would have been mayhem and bloodshed.

Tolerance is the hallmark of civilised politics.

This week, Zanu-PF displayed the antithesis of tolerance by mobilising hoodlums and unleashing violence on main opposition MDC Alliance leader Nelson Chamisa’s convoy in Masvingo province. It was ugly, criminal and utterly reprehensible .

Every serious watcher of the Zimbabwean polity knows that the best way of comprehending political violence is to closely scrutinise the kneejerk utterances of public officials in the aftermath of an incident.

Their responses are a dead giveaway.

When the violence is attributed to the opposition, police and other security agencies are quick to deploy overwhelming force against unarmed civilians. They do not hesitate to use teargas and lethal force.

But when the violence is clearly attributed to Zanu-PF supporters, the security agencies take sides — they conveniently see no evil, hear no evil and speak no evil.

Secretary for Information Nick Mangwana and Zanu-PF’s acting commissar Patrick Chinamasa tied themselves up in knots of contradictory statements.

Mangwana emerged as a veritable joker when he claimed, against all evidence, that the violence in Masvingo was stage managed by the MDC Alliance.

Chinamasa told a Press conference that Chamisa was repulsed by the people of Masvingo after foisting himself upon the masses. It was a ridiculous narrative.

Chinamasa must be told that he cannot play fast and loose with facts in such a cavalier manner. Chamisa could have been killed in those ambushes; this is a serious issue. Apart from highlighting the limits of unsophisticated propaganda in this digital age, Chinamasa’s threadbare assertions also conclusively showed that the violence was orchestrated by Zanu-PF.

When it suits them, Zimbabwe’s political overlords dismiss Chamisa as a political nonentity. The question they will not answer is: If Chamisa is a political midget as you claim, why are you panicking big time whenever he seeks to interface with citizens? What exactly are you afraid of?

The violence unleashed by Zanu-PF on the opposition in Masvingo this week is a stark reminder that the former liberation party is long past its shelf life and cannot win an election without resorting to brutality, coercion, fear and intimidation.