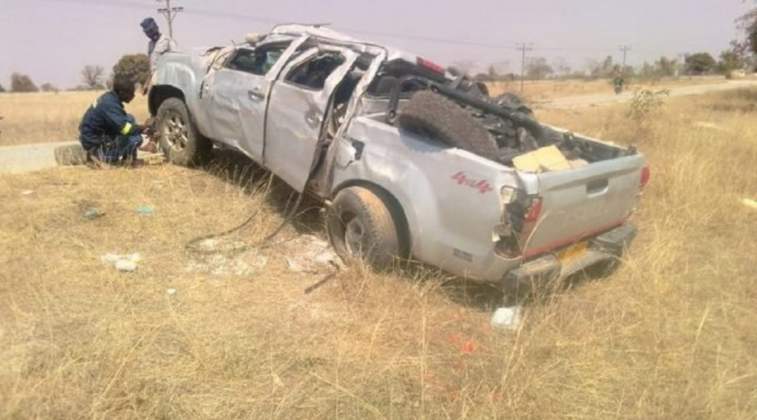 Chief Chivese was driving to Mutare with three other passengers on board he had picked up along the way.

He was injured and is admitted at Murambinda Hospital.

Chief Chivese confirmed the incident to The Mirror. “I am injured my child. I am in pain, can’t talk right now,” said Chief Chivese.

Chief Chivese is from Chikomba District. His Government vehicle is a write off.