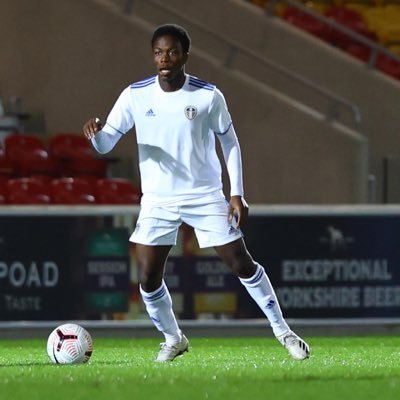 The 18-year-old forward was released by the Leeds United Academy in June after being deemed surplus to requirements at Elland Road.

A recruitment source has told Football Insider that Watford have offered the attacker a contract after he impressed on trial.

Chikukwa has agreed terms with the Premier League outfit and is set to complete a move this month. He headed out of Elland Road following the end of his twoyear scholarship in the summer.

The teenager did not break into the first team during his time at Leeds. But he served notice of his potential by scoring six goals in 15 appearances for the club’s Under18s last season.

Five of those came in the Under-18 Premier League, a record bettered at Leeds only by Lui Bradbury, who scored six times.

Among United’s academy players in the Under-17s to Under-23s brackets, only Sam Greenwood, Max Dean and Bradbury scored more in league competition than Chikukwa.

He is a goalscoring forward renowned for his electric pace and finishing. The rising star, who is eligible to represent England and Zimbabwe at international, also had a trial at Huddersfield Town over the summer.

The move to Watford will see him remain at a Premier League club, where he has a pathway to the first team.