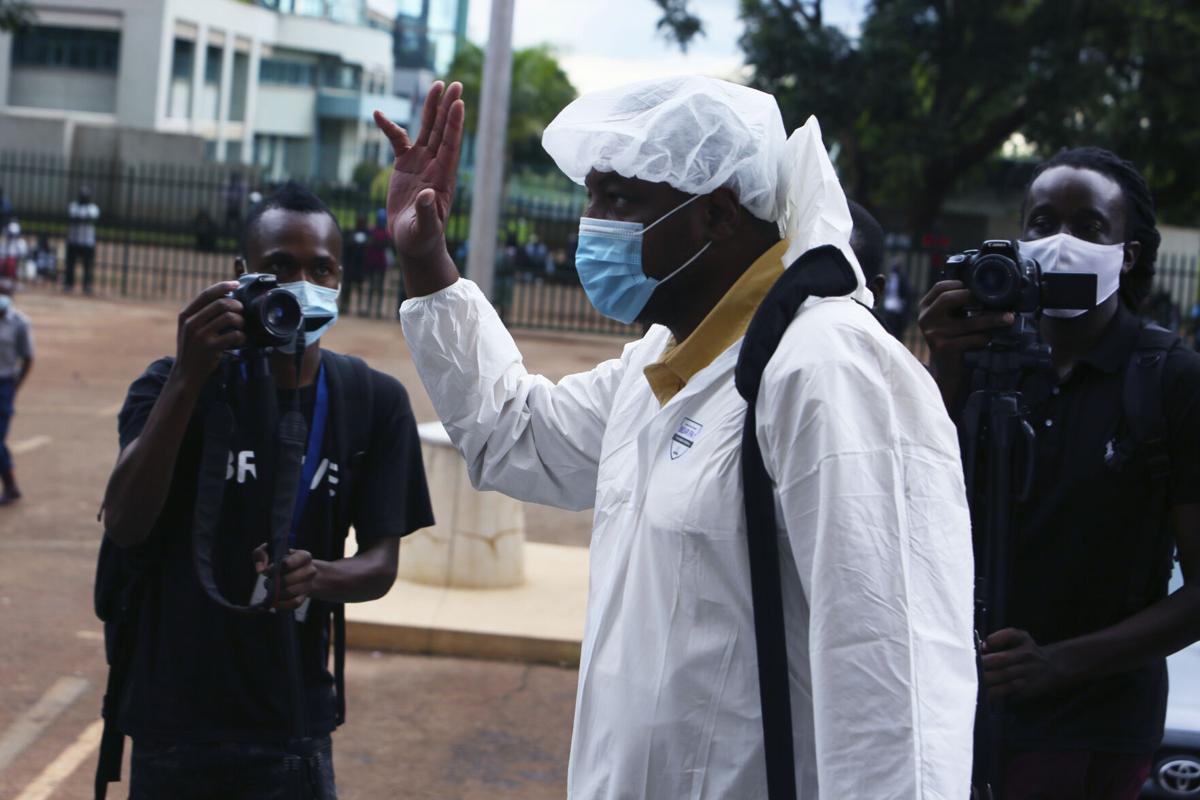 government critic Hopewell Chin’ono has been granted bail by the High Court in Harare, 19 days after he was arrested accused of publishing a false story.

Justice Davison Foroma ordered the 48-yer-old to deposit Z$20,000 with a clerk of court on the same bail terms from a previous court appearance, which include the surrender of his passport and reporting twice weekly at his local police station.

Chin’ono, a freelance reporter and documentary filmmaker, was was arrested on January 8 on charges of communicating false information, his third arrest inside six months.

Chin’ono, who has a large social media following, has been critical of President Emmerson Mnangagwa’s rule, accusing his government of corruption and mismanagement. His comments have been unusually outspoken for a journalist in Zimbabwe, where critics are often dealt with harshly.

The latest charges stemmed from a Twitter post by Chin’ono saying a police officer had beaten and killed a child strapped to its mother’s back using a baton after a video of the alleged incident went viral.

MDC Alliance Zengeza West MP Job Sikhala and the party’s spokesperson Fadzayi Mahere were also arrested on similar charges. Mahere is out on bail while judgement in Sikhala’s appeal against bail refusal by a lower court will be delivered next Monday.

Chin’ono was first arrested in July on charges of inciting violent anti-government protests. He was arrested again in November on charges of obstructing justice.

In the latest case, he was denied bail by Harare magistrate Lazini Ncube who ruled that he was likely to re-offend on the basis that he allegedly committed the offence while on bail.

While appealing for bail, Chin’ono maintained that Ncube misdirected himself in making that finding.

His lawyer Harrison Nkomo told Justice Foroma that the police lied that there is overwhelming evidence against his client.

“For that ground to be relevant, there should be overwhelming evidence of an existing charge. The court should consider whether the charge he is facing exists. In this case, it is non-existent,” said Nkomo.

Nkomo said the purported charge of publishing a falsehood was struck down in a Constitutional Court ruling in the case of Chimakure and others versus the Attorney General.

He also argued that the magistrate erred in finding that he is likely to re-offend because his pending criminal cases are not similar in nature.

The prosecution maintains that it has overwhelming evidence in the form of his Twitter posts. The state says it will also rely on the evidence of the mother of the baby which Chin’ono allegedly said was fatally assaulted by a police officer.