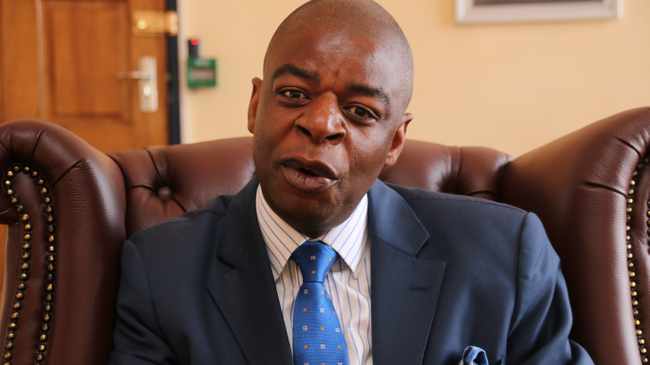 Molai is married to Mugabe’s nephew, Sandra. Molai is the co-founder and chairperson of Pacific Cigarettes Company – a Harare headquartered company which exports to several African countries.

Describing the negative effects of his personal relationship to Mugabe on his business, Molai said “there is a general desire to paint any African success by aligning it with some politician. If anything, the personal relation (with Mugabe), has been an albatross around my neck because it has culminated in this bigotry that has been a hindrance to all our business exploits.”

Molai made the sentiments in a YouTube video posted on February 18, responding to a report which implicated him as one of the kingpins in a multi-million dollar cigarette smuggling cartel.

The report details how cartels have crippled state institutions in Zimbabwe and the lack of political will and lack of probity by the leaders to find a panacea to this cancer.

“The main cigarette smuggling cartels consist of 1) political bosses who allow cartels to operate with impunity, 2) transport companies that deliver cigarettes, and 3) distribution networks in South Africa,” read part of the report.

The report further alleges that the Pacific Cigarette Company’s cigarettes are smuggled into the country by rail, road and air, along with Gold Leaf Tobacco Zimbabwe, which is owned by the Rudland family, which also owns a trucking company and an airline, FastJet.

Molai scoffed at the allegations, describing them as “tired and discredited.”

“This is a tired and discredited allegation that Pacific Cigarettes are the most smuggled cigarettes into South Africa. It’s a patently false allegation. Maverick relies on some obscure article where an individual was arrested carrying 150 Pacific boxes,” Molai said, adding: “Putting this into perspective, South Africa consumes between 270 000 to 300 000 boxes of cigarettes per annum. So how 150 boxes can be used to extrapolate and support such a ludicrous claim baffles me.”

Interestingly, although Molai claims that his personal relationship with Mugabe was a “hindrance to all our business exploits,” it is during the late Mugabe’s reign that the company dominated the market.

During that time, Molai entered into an agreement with China Tobacco Shaanxi Industrial Corporation (CTSIC), to manufacture cigarettes for the Chinese diaspora in Africa.

Observers in the tobacco industry told Zim Morning Post that the deal sailed smoothly because of Mugabe’s Look East Policy and his undue influence to ensure that his cronies were beneficiaries of this policy.

“Look here, for Molai to say his personal relationship to Mugabe stifled the growth of his business will be a gross miscarriage of justice. His business in fact grew to dizzy heights because of his close proximity to Mugabe,” said an industry player who requested anonymity fearing reprisal.

“Who does not know that he was at a point of advantage with easy access to loans and tenders? Even the CTSIC deal that he always brags about when given an audience involves the Chinese government and a result of Mugabe’s influence.”

“It is common knowledge that an engagement at such a level obviously involves the presidium to endorse. That company (CTSIC ) is a subsidiary of China National Tobacco Corporation (CNTC) which is owned by the Chinese government,” the player continued.

“It is one of the biggest cigarette corporations in the world but only one percent of its cigarettes are sold outside China. You can’t possibly broker such a deal without clearance from OPC,” the player added.

Molai insisted that his business was funded by the money he got during his stint in the diaspora.

Meanwhile, as previously reported by this publication, cigarette smuggling is a major trade bleeding the country and implicates officials from the Zimbabwe Revenue Authority (ZIMRA), Immigration Officials and transport moguls.

The illicit trade is believed to be a high stakes and ‘dirty game’ characterised by violence, often resulting in shootings on either side of the Limpopo river.

He personally admitted that there was a high likelihood that his attackers were hired by his nemesis in ‘tobacco wars’.

In Matabeleland South, more than two incidents of mysterious helicopter crashes, where unknown ‘consignments’ carried aboard are hurriedly made to ‘disappear’ have been reported.

The province is where the border town (Beitbridge) which links Zimbabwe to South Africa is located.

Zim Morning Post understands that some religious leaders have also joined the lucrative but illicit trade where they have roped in their trusted ‘runners’ who shuffle between gold and cigarettes.

One of the popular actors in the trade (name withheld), used to be a senior member at flamboyant clergyman Uebert Angel‘s Harare church, before he invested in a tourism and hospitality franchise that suffered a stillbirth.

He has since relocated to South Africa.

It is believed that 27% of cigarettes consumed in South Africa are smuggled into the country by cartels.

Curiously, the South Africa Revenue Services (SARS) has not announced any investigations into the companies implicated in the smuggling racket, giving rise to speculation that some officials must be ‘dipping in the same jar.’ – Zim Morning Post