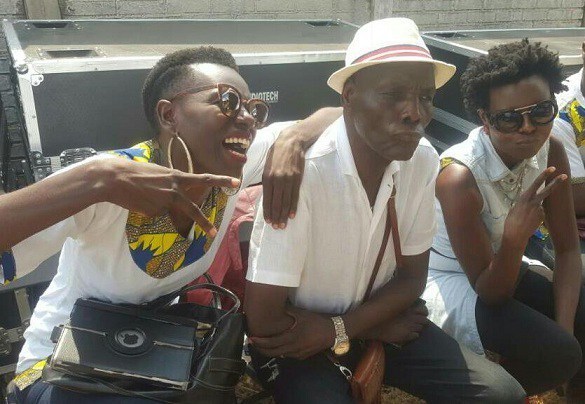 FORMER Warriors and Kaizer Chiefs midfielder Tinashe Nengomasha has parted ways with wife Samantha Mtukudzi, daughter of the late music great Oliver Mtukudzi, eight years tying the knot, as the couple has not lived together as husband and wife for a continuous period the past 24 months.

Samantha claims she has done all she could to save the marriage, but it has irretrievably broken down, leading her to approach the High Court to end the marriage.

“There are no prospects of restoration of a normal marriage relationship, more particularly in that: the parties have lost love and affection for each other; the parties have not lived together as husband and wife for a continuous period the past 24 months,” Samantha says in her divorce papers.

She revealed that during the subsistence of their marriage, the couple bought a stand in Harare’s Hillside suburb, and she prays that it be sold and the proceeds shared equally between the two.

“It would be fair and equitable… that the immovable property be sold and the proceeds be dividedAdvertisementwith each party being awarded 50 percent of the net proceeds. Either party would be free to buy the other out,: she pleads.

Samantha says the couple also managed to furnish their home in South Africa and in Harare, and suggests that she be awarded the furniture in the Harare house.

The couple has two children and were married under the Marriage Act (Chapter 5:11).

Nengomasha is yet to respond to the divorce summons. The former Warriors midfield kingpin featured prominently in the national team that made a debut appearance at the Africa Cup of Nations in 2004 in Tunisia and later on in 2006 in Egypt.

He has also won many accolades in the SA Premier League during his more than a decade at Kaizer Chiefs.