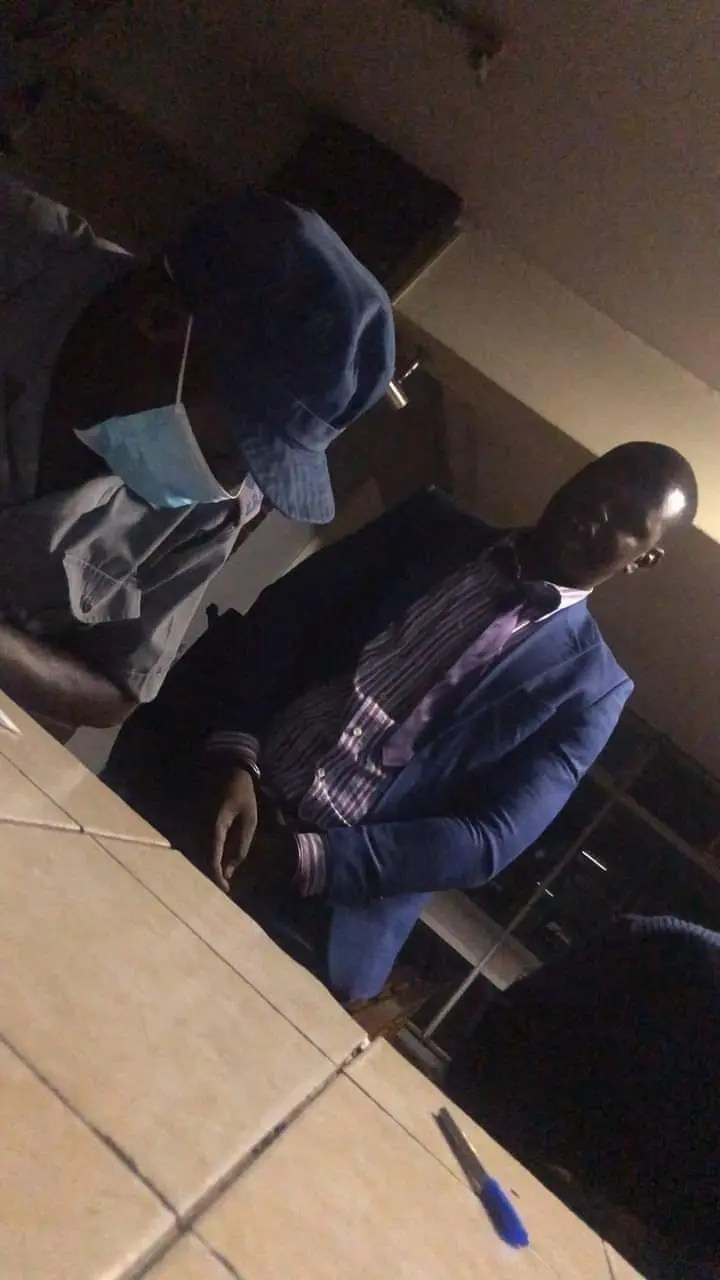 The private school teacher who made headlines after a video of him brutally attacking one of his students went viral has been arrested.

The man in question has been identified as Micheal Freeman Chingwaru. He is a maths teacher at Harare Einstein Tuition Centre.

Following an outcry on social media, Micheal Freeman Chingwaru was swiftly arrested by the police force. He is set to appear in court today on assault charges.https://platform.twitter.com/embed/Tweet.html?dnt=false&embedId=twitter-widget-0&features=eyJ0ZndfZXhwZXJpbWVudHNfY29va2llX2V4cGlyYXRpb24iOnsiYnVja2V0IjoxMjA5NjAwLCJ2ZXJzaW9uIjpudWxsfSwidGZ3X2hvcml6b25fdHdlZXRfZW1iZWRfOTU1NSI6eyJidWNrZXQiOiJodGUiLCJ2ZXJzaW9uIjpudWxsfSwidGZ3X3NwYWNlX2NhcmQiOnsiYnVja2V0Ijoib2ZmIiwidmVyc2lvbiI6bnVsbH19&frame=false&hideCard=false&hideThread=false&id=1448769345660796931&lang=en-gb&origin=https%3A%2F%2Fiharare.com%2Fprivate-school-teacher-who-went-viral-after-he-brutally-attacked-a-student-has-been-arrested%2F&sessionId=77de2487e5a9ffc3aa39d4600b42f8c8e5ad91b8&theme=light&widgetsVersion=fcb1942%3A1632982954711&width=550px

Speaking on the incident, Chingwaru said he attacked the student after he saw the minor sitting in an indecent position with a girl in the classroom.

Chingwaru seems to have a history of violence. It has emerged that he is in the habit of assaulting his neighbours and students. Meanwhile,  another video of him harassing and assaulting a ZESA employee has emerged on social media.

Meanwhile, scores of people have called on the authorities to send him to a correctional facility so that he can deal with his anger issues.