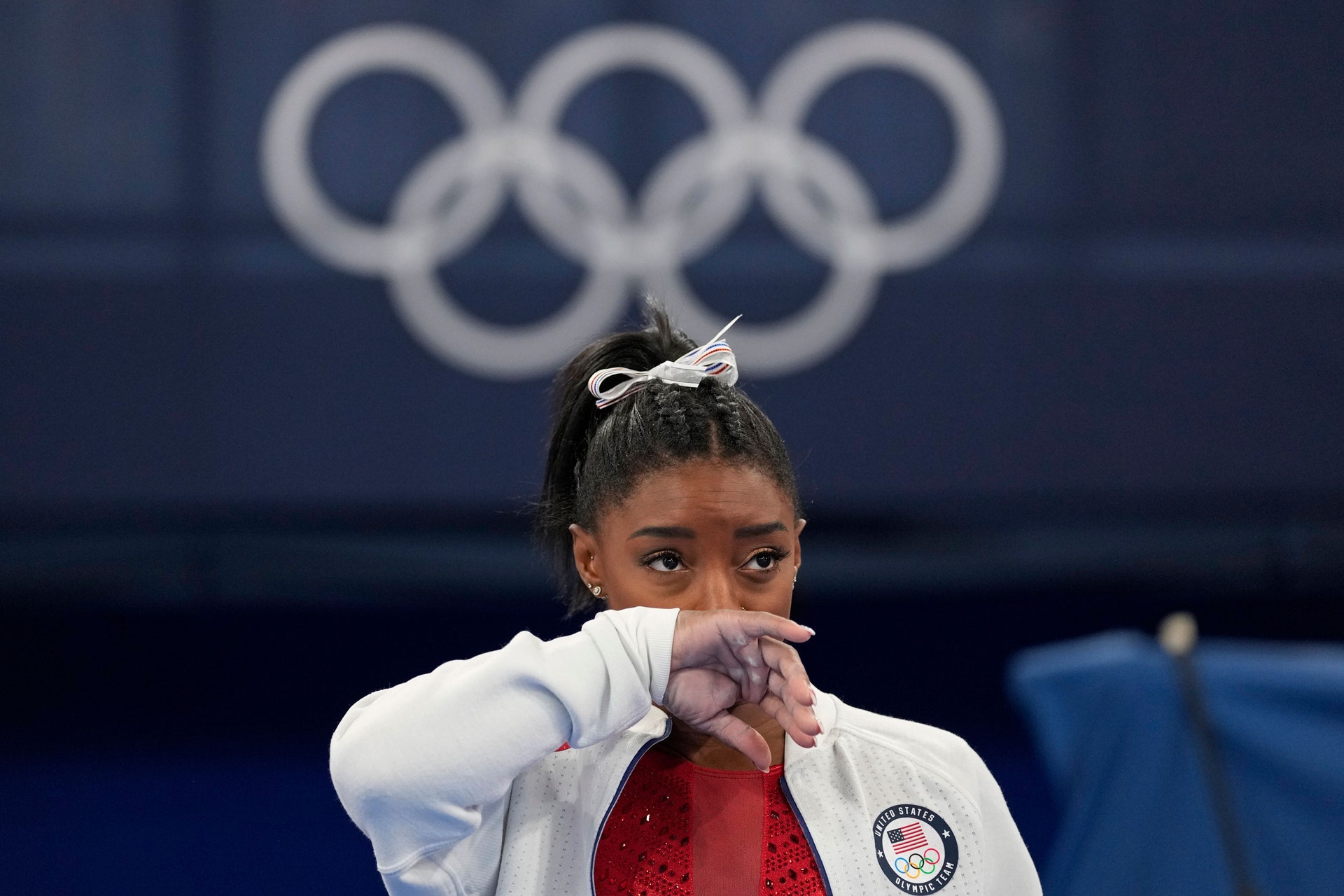 imone Biles has forfeited at least two opportunities for a medal, after withdrawing from two gymnastics finals at the Tokyo 2020 Olympic Games, citing mental health concerns.

Four-time Olympic gold medalist Biles, 24, has received an outpouring of support from fellow athletes, celebrities, and the public following announcements that she had pulled out of Tuesday’s women’s team final and Thursday’s all-round final.

And apart from stepping away from anticipated medal glory at the podium, the most decorated gymnast in history is also taking a financial hit, as she’ll no longer qualify for the bonuses that come with landing among the top three.

READ MORE
‘Simone Biles We Are Proud of You’: Michelle Obama, Athletes Send Support
Michael Phelps Supports Simone Biles, Says ‘It’s Ok to Not Be Ok’
Jade Carey to Replace Simone Biles in Individual Event at Tokyo Olympics
NEWSWEEK NEWSLETTER SIGN-UP >
According to the U.S. Olympic and Paralympic Committee’s (USOPC) website, U.S. Olympians earn $37,500 for each gold medal at the 2020 Olympics, $22,500 for a silver medal and $15,000 for a bronze medal.

With the pot split evenly for team sports, Biles missed out on potentially earning $9,375, had her continued participation propelled the team to a gold on Tuesday. The team landed a silver medal, with the Russia Olympic Committee winning gold.

Getting a quarter of the $22,500 pot for a silver medal, Biles should pocket $5,625 for her pre-withdrawal efforts with her teammates.

USA Gymnastics said in a statement: “Simone will continue to be evaluated daily to determine whether or not to participate in next week’s individual event finals.

“We wholeheartedly support Simone’s decision and applaud her bravery in prioritising her wellbeing. Her courage shows, yet again, why she is a role model for so many.”

Biles—who has her own line of gymnastic equipment, as well as endorsement deals with Nike, Hershey’s and Kellogg’s—scored her lowest Olympic vault score before withdrawing from the team final on Tuesday.

“After the performance I did, I just didn’t want to go on,” the Ohio-born star later said. “I have to focus on my mental health. I just think mental health is more prevalent in sports right now.

“We have to protect our minds and our bodies and not just go out and do what the world wants us to do. I don’t trust myself as much anymore. Maybe it’s getting older.

“There were a couple of days when everybody tweets you and you feel the weight of the world. We’re not just athletes. We’re people at the end of the day and sometimes you just have to step back.”

Simone Biles
Simone Biles of Team United States looks on during the Women’s Team Final on day four of the Tokyo 2020 Olympic Games at Ariake Gymnastics Centre on July 27, 2021 in Tokyo, Japan. The gymnast has pulled out of two finals at the games, citing mental health concerns.
LAURENCE GRIFFITHS/GETTY IMAGES

Zimbabwean footballer to be deported from UK