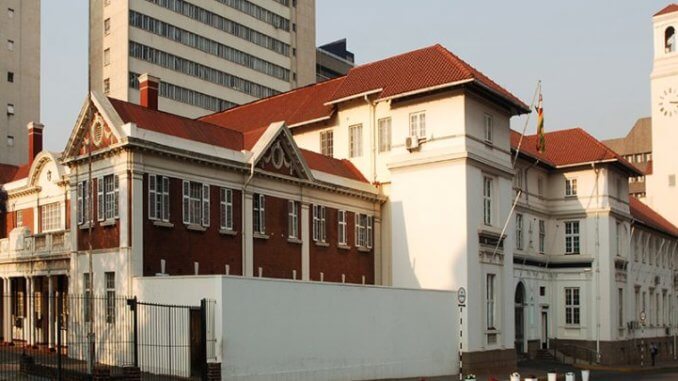 A businessman identified as MacDonald Chapfika who died suddenly in bizarre circumstances just outside Munhumutapa Building (which houses government offices) on Monday afternoon was known to Marry Mubaiwa.

The circumstances are that Chapfika and Marry Chiwenga were business partners as sole suppliers of Maize and mealie-meal to Zimbabwe Defence Forces alongside Grain Millers Association of Zimbabwe boss Tafadzwa Musarara.

Chapfika was also a very close friend of both Joice and Solomon Mujuru and at one point sold them a house in Harare. However, his relationship with General Chiwenga was sour. Chiwenga disliked Mujuru since he bedded his wife in the 1980s.

Below is the Memo:

This memorandum serves to place on record circumstances and initial investigations carried out on the above subject matter.

Circumstances
On 16 December 2019 at around 1500hrs, the informant who is a friend to the now-deceased received a phone call from the now-deceased informing him of a business meeting with government officials at Munhumutapa Building.

The informant proceeded to Chopchop Restaurant along Fife Avenue Harare where he met the now deceased. At around 1530hrs they drove to Munhumutapa Building using the informant’s vehicle a Mercedes Benz Blue TEC C220 white in colour on registration number AES 6901.

Upon arrival at Munhumutapa Building, they were directed to the boardroom where there were other participants of the meeting. They were offered some food and the now-deceased ate some chips and meat.

At around 1630hrs the now deceased made his presentation to the Government officials who included some Ministers and Ministry of Finance officials.

His presentation lasted for about 15 minutes and was based on the procurement of maize from outside the country for the Government.

Soon after making his presentation the now deceased and the informant left the boardroom proceeding to their parked vehicle just outside the building.

The informant rushed to fetch the vehicle and when he came back he saw the now deceased lying on the ground facing upwards. Some security details were attending to him pouring some water on his body to resuscitate him. A Mars ambulance (Alfa 1) was called to the scene and arrived around…