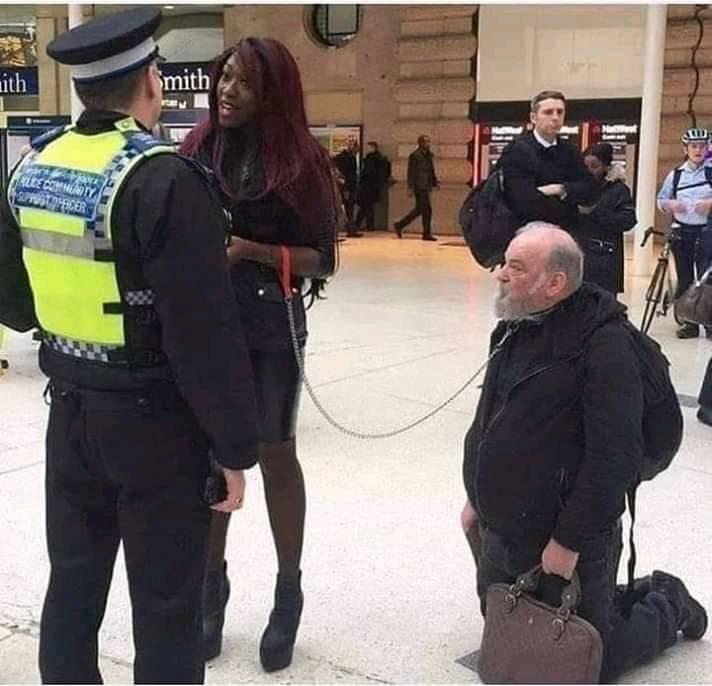 Police in the United Kingdom have reportedly arrested a black woman suspected to be a Nigerian for questioning, after she allegedly turned a white man believed to be her lover into a pet.

A video circulating online shows the white old man with a rope tied around his neck, crawling behind the woman like a dog, while holding a small bag believed to belong to the woman.

Police were compelled to arrest the yet to be identified woman for questioning after seeing the ‘pet’ crawling behind her, with exhaustion written all-over his body.

While some people suspect that the woman must have cast a spell on the man, making him lose his sense self-relevance, there are some other reports which suggest that she was on a revenge mission. It is unclear what act she has been avenging.

Watch a video of the old white man crawling below: