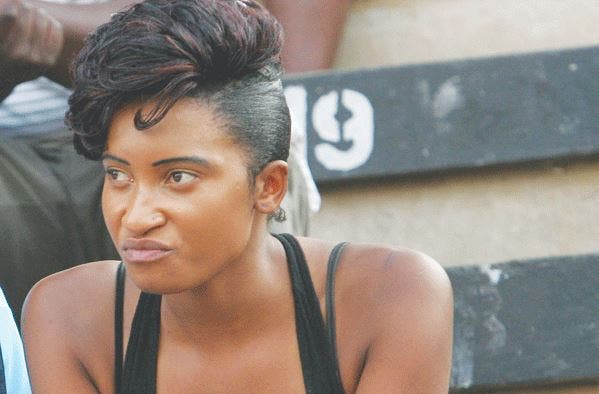 Popular raunchy dancer Beverly ‘Bev’ Sibanda could not hold back her tears as she exposed her husband Mufudzi Chambuka’s cheating shenanigans with at least 50 women.

The marriage which came as a surprise to many appears short-lived after Bev posted Facebook images of her husband sharing cozy moments with another woman only identified as Pearl.

Bev went on to publish screenshots of chats between Chambuka and his alleged ‘lover’.

Speaking during a Facebook Live with comedienne Mai Titi, a tearful Bev revealed that she was struggling to make ends meet. She said she has nothing to eat and hasn’t paid rent in time for the past six months.

Beverly who broke down repeatedly during Facebook Live claims that her husband moved her to a more expensive flat, and is now refusing to pay rwntals. She said whenever it’s time to pay bills, he blocks her Whatsapp.

She concluded by saying she wants a divorce so that she can go back to work and be self-supporting.

Watch the video below;

This comes barely a week after she set social media ablaze through a Facebook post insinuating her husband was involved in an extramarital affair.

This loosely translates to

However, when questioned about the post, Bev played it down and insisted that all was well in her marriage. The dancer claimed that she had used the controversial post as a marketing gimmick.

‘Mugabe is a dog ‘- Joshua Nkomo