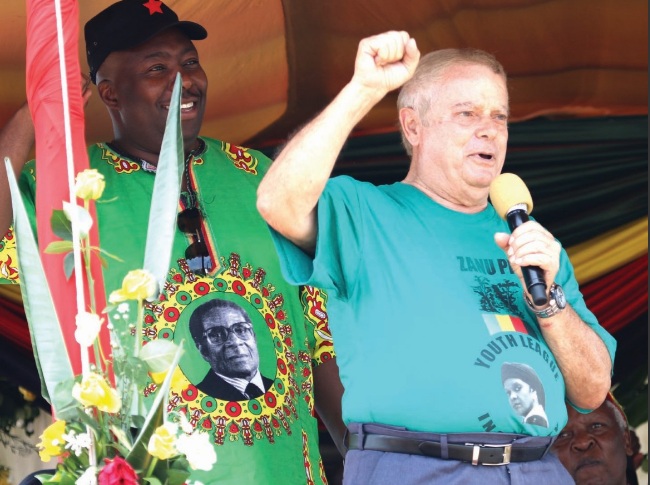 Former Muzvezve legislator, Cde Peter Haritatos, who died on 10 July due to Covid-19 related complications, will be given a State-assisted funeral, President Emmerson Mnangagwa has said.

In his condolence message, President Mnangagwa said the death of Cde Peter Haritatos, father to the Deputy Minister of Lands, Agriculture, Fisheries, Water and Rural Resettlement, Vangelis Haritatos, further highlights how dangerous and widespread the disease has become in the country.

“No one is safe from it until everyone is safe,” said the President.

He added, “A senior member of the Central Committee of our Party ZANU PF and former legislator for Muzvezve, the death of Cde Haritatos has robbed our Nation of a reliable, loyal and committed patriot with a warm and generous heart towards his fellow compatriots.”

President Mnangagwa described Cde Haritatos as a respected revolutionary in many respects, who suffered and endured racial discrimination and human indignity at the hands of white colonial settlers before independence.

“He was denied education in white schools as punishment for his close association with blacks. His political activism and support for our liberation struggle landed him in jail. On behalf of the Party, ZANU PF, Government, my family, and on my own behalf, I wish to express my deepest condolences to Deputy Minister Haritatos and the Haritatos family, who have lost a dear father and great mentor. May they draw comfort from the knowledge that we mourn together his passing on. The late Honourable Haritatos will be given State-assisted funeral,” he said.