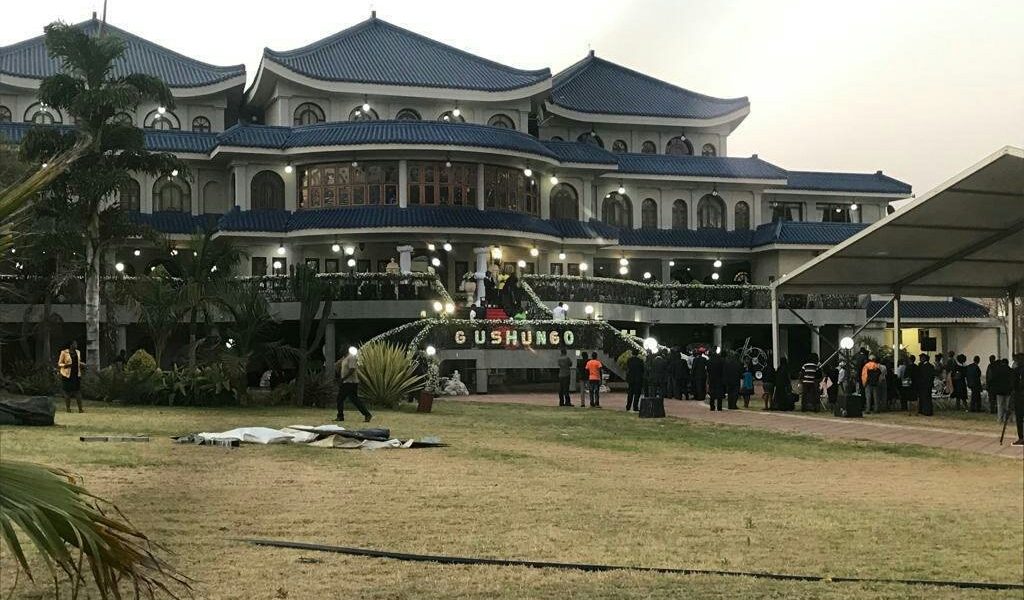 The Mugabes villa — known as Blue Roof — in Harare’s elite suburb of Helensvale, Borrowdale, and another house where their daughter Mrs Bona Chikore lives, known as number 27 Quorn Avenue, Mt Pleasant as well as number 129 Forbes Road, Waterfalls — are registered in the name of M and S Syndicate.

The properties are mentioned as part of the late leader’s estate in the declaration filed at the Master of the High Court by the Mugabe family, recently.

The company, through its lawyers Chihambakwe, Mutizwa and Associates yesterday, set the record straight on the status of the three properties.

“These properties still belong to the company and at the moment they do not form part of the estate of the late former President Robert Gabriel Mugabe,” said Mr Simplisius Chihambakwe, a senior partner at the law firm.

Zanu-PF legal secretary Cde Munyaradzi Paul Mangwana said the Mugabe family would have the properties transferred into its ownership as promised by President Mnangagwa.

“We take instructions from the leader of the party in this case Cde Mnangagwa,” he said.
“His position is very clear that the Mugabe family will be given the properties. How this will be done is a question of legal niceties and processes.”

Cde Mangwana said M and S Syndicate is wholly-owned by Zanu-PF.
“The company is 100 percent owned by the party. It is a holding company,” said Cde Mangwana, adding that, “I am not at liberty to give finer details of which companies fall under this party’s commercial enterprise.”

The objection to registration of the properties with the Master of High Court came as Mrs Chikore was appointed executor of her late father’s estate during a private edict meeting held yesterday.

The appointment was undisputed. She now has the task to gather all the assets of the late liberation icon for purposes of compiling the final list for the desolution of the estate.

Also in attendance was the family lawyer Mr Terence Hussein of Hussein, Ranchhod and Company, who confirmed the edict meeting took place, saying it was conducted in a suave manner.

“In terms of the law, the Master calls a meeting of the late president’s very close relatives and children to appoint an executor, like what we did here today (Thursday).

“Surprise, surprise, the apple of his eye and one and only favourite daughter Bona Mugabe-Chikore has been appointed the executor of the late former president Robert Mugabe’s estate,” he said.

The job of the executor is to compile the list of assets and liabilities of the deceased.
Once that is done, a distribution account will be compiled which will list what is there on the ground (both the credit and debit side).

The residue on net result is what will be distributed among beneficiaries and will be guided by the law.
“Rusell Goreraza was not Mugabe’s biological son yes, but he was a child of the home and nobody disputed that but who will benefit eventually will be decided by the executor.”

Rusell Goreraza is Mrs Mugabe’s son from her first marriage.
Commenting on reports that some of the properties such as Gushungo Dairy were not listed, Mr Hussein said: “Nobody can own the entire company but can only own shares. So Mugabe did not own Gushungo Dairy Pvt Ltd. It is owned by the Mugabe family.”

Mr Hussein dismissed as hearsay, reports that the former President owned properties in Dubai.
The lawyer, however, conceded that the upmarket Bluer Roof mansion was registered in the ruling party’s name and hailed Government and Zanu-PF for promising to transfer the ownership into Cde Mugabe’s name.

“It’s worthy to acknowledge what Government did on the Blue Roof property. It promised to transfer the ownership into Mugabe’s name despite the fact that he no longer exists. Also including the other house in Mt Pleasant.
“All the papers are being processed right now,” said Mr Hussein.

Cde Mugabe died at the age of 95 in September this year in Singapore where he had been receiving treatment.-Herald