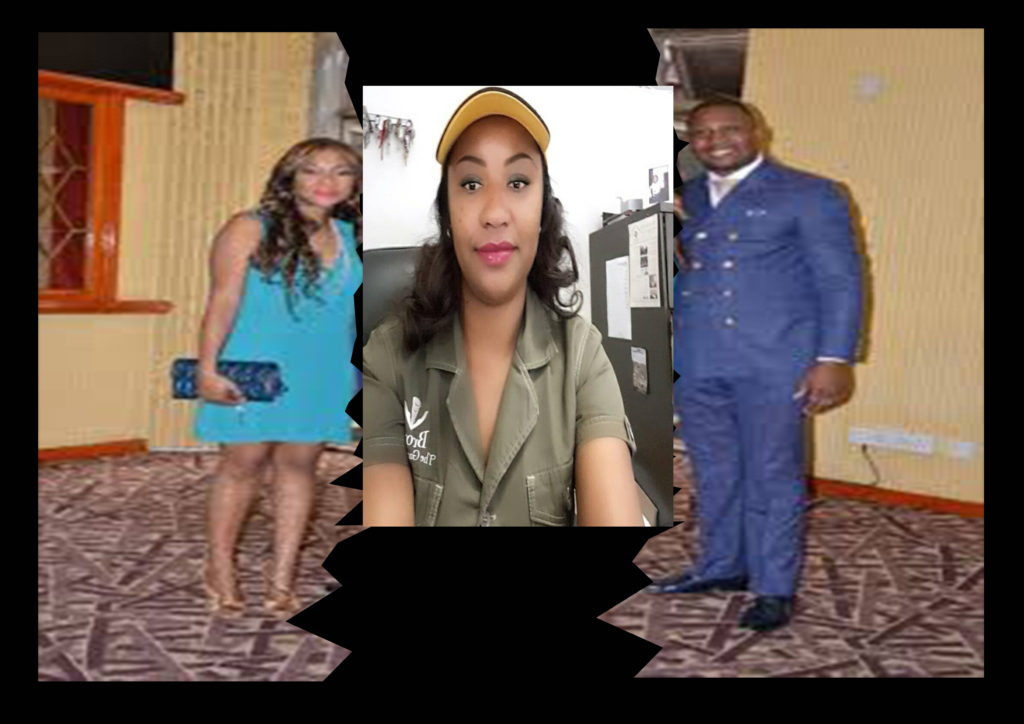 BRONTE Hotel general manager Famina Scott, has been sucked into a protracted marriage wrangle between prominent businessman Upenyu Mashangwa and his erstwhile wife Blessing (nee Muzvongi), with revelations that she sired a secret love child with the Oceane Cosmetics founder, Zim Morning Post can reveal.

Famina, who is also under fire from some hotel employees, allegedly sired a love child as a product of an adulterous affair with regular patron Upenyu.

Bronte Hotel
Investigations by Zim Morning Post established that the alleged love child (name withheld), was born at the Avenues Clinic in June 2019.

At the time, the power couple‘s marriage was still subsisting, pending divorce finalization.

The Mashangwas’ claim to fame, is the much hyped US$1 million lawsuit against popular clergyman and UFIC founder Emmanuel Makandiwa.

Our multiple sources said the couple kept the existence of the baby a closely guarded secret, especially from Blessing who is known to be temperamental .

Blessing stopped working for Oceane Cosmetics in March 2019, then officially resigned and redeemed her shareholding on February 17 2020.

Turning to the love child in question, our source said:

“She was born in 2019 and Upenyu is the father but they have kept it under wraps especially from Blessing. They know that she is no-nonsense and can cause drama, last year she damaged Upenyu’s car forcing him to take legal action. The two have been dating for a long time and Blessing knew about it and and one time warned Famina,” the source said.

“For real she can unleash damage hen provoked, I remember at one time years back after she hosted a birthday party for Upenyu at Meikles, she went after all of his suspected girlfriends and damaged their cars.”

Zim Morning Post visited the hotel last week, and it is during this visit that unrelated allegations against Famina were also raised by some disgruntled employees.

“She treats us (employees) unfairly and she cherry picks her favourite people on shift allocations. She also shows racist tendencies even on some clients. I can tell you that during this lockdown period, some employees were only given one shift a week yet the payment is pro-rata,” alleged an employee for preferred anonymity.

“At one time, we wrote a petition but some of our colleagues were afraid to sign because she instils fear and would obviously launch a witch-hunt,” the employee added.

Famina refused to comment on the racism and ill treatment of employees allegations, citing that it was in internal matter that had not been brought to authorities’ attention.

She suggested that aggrieved employees must follow proper channels.

In an emailed response she wrote: “Regarding allegations of unfair treatment and racism I cannot comment on this without more details. This is a matter that would have to be dealt with internally through our internal grievance process. If there is a staff member(s) who feel this way I would suggest they follow the correct channels to have the matter addressed.”

She acknowledged knowing Upenyu and quickly insinuated that their relationship was merely professional.

“I only know Mr Mashangwa as a bar patron who visits the Bronte bar,” she categorically stated without further clarifying on the existence of the said two- year-old child or the paternity thereof.

However, further probe by Zim Morning Post established that, Upenyu was actually given access to an area prohibited for patrons.

“Upenyu has access to visit Famina’s place where she stays with the child within the hotel premises. Everyone here knows about their affair its product- a sweet little child Yes he is a regular patron but since when hve you seen a hotel manager giving money to a patron,” said a hotel employee who refused to be named for fear of reprisal.

Upenyu’s mobile phone was unreachable at the time of writing but some of his friends who spoke to this publication insisted that they knew about the affair but had no idea a child was sired.

“I know mukomana (Upenyu) has an affair with the lady boss (Famina) but I wasn’t aware of the child, he can be secretive , last time when they stayed with that boy, I think his name was Clive as an adopted child and there were also rumours that it was his illegitimate child,” said one of his close associates.

CHANGED WOMAN: Blessing Muzvongi-Mashangwa
Meanwhile, Blessing who was implicated as co-conspirator in an alleged smear campaign attempt against Makandiwa along with youthful clergyman Prophet Jay Israel, has revealed that she is a ‘changed woman’ after a drama filled 2020.

Highlights of her drama include, an incident in December last year, where she was dragged to Harare Magistrates Court for allegedly bashing Upenyu and smashing his car windows following a heated domestic dispute.

Blessing was charged with physical abuse and malicious damage to property.

She was not asked to plead to the charges when she appeared before magistrate Miss Candice Kase.

Her nude pictures also went viral on social media and it was believed to have been leaked by ‘jilted lover ‘ Jay Israel who however told Zim Morning Post that he had nothing to do with the leak and was ‘equally shocked’ why someone would do that.

In a Facebook post authored on February 28, she revealed that she “forgives herself for the bad things she did in the dark of confusion”.

She has since filed a protection order against Jay Israel in South Africa where she is now based.