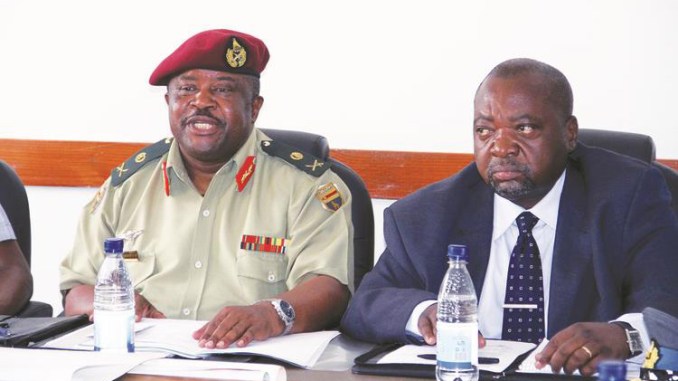 The late Zimbabwean Ambassador to Mozambique,  died this Tuesday.
The Minister of Defence and War Veterans Affairs, Oppah Muchinguri Kashiri made the announcement when she visited the Nyikayaramba home in Nyabira this Wednesday evening.
The family said it is honoured by the recognition that the government has made on the decorated soldier and diplomat.
Lieutenant General (Retired) Nyikayaramba, whose Chimurenga name was Blessing Muhondo, was born in 1960 and joined the liberation struggle in 1977.
At independence, he held several positions in the Zimbabwe National Army until retirement in 2019.
He was then seconded on the diplomatic mission in Mozambique, where he served until the time of his death.
He is survived by his wife, Elina Nyikayaramba and eight children.