Former Herald editor Caesar Zvayi kicked out of gold mine 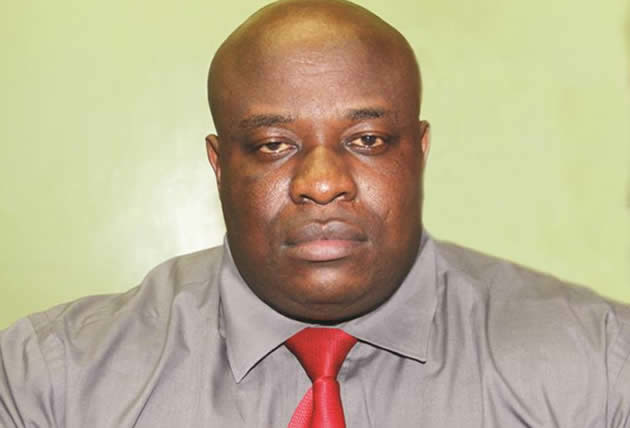 Mines minister Winston Chitando has been dragged to court by former Herald newspaper editor Caesar Zvayi and Fidelity Printers (Pvt) Ltd, a government-owned entity, after kicking the two business partners out of a gold mining claim in Kwekwe.

The minister repossessed Mirage 3 Mine without explanation or notice in June last year – seemingly over arrears – according to the petitioners, and reallocated it to one Jonah Nyevera.

Zvayi’s company, Highway Holdings, is in partnership with Fidelity Printers, the main plaintiff.

In an urgent High Court application citing Chitando in his official capacity, Fidelity general manager Francis Kunaka argues that the seizure was unlawful and should, therefore, be rescinded.

Kunaka says while the minister was said to have withdrawn their mining rights in June 2020, his company only became aware of the “adverse” development in January 2021, after inquiring about its arrears over the property.

“The decision by the first and second respondents to forfeit the applicant’s mining claim is invalid. It is palpably arbitrary and violates every known procedure intended to ensure fairness, transparency, and justice,” Kunaka said in a founding affidavit filed on behalf of the joint venture.

“On 8 January 2021, the applicant addressed a letter to the first and second respondents seeking to be informed of any arrears in respect of statutory payments over a claim that it owns.

“The applicant has never received a demand for payment of anything from the respondents or notice that failure to make such payments could have adverse consequences. Had such notice been received, the applicant would have promptly acted to secure its interests,” Kunaka argues.

“Had the applicant not sought to put its house in order, it would still be in blissful ignorance of the decisions made against it.”

A letter from the minister to Fidelity dated 11 January 2021 does not give detailed reasons behind the decision to forfeit the mining claim, only making reference to statutory provisions and leaving it to the applicant to surmise the reasons, Kunaka charged.

Minister Chitando has yet to respond.

Fidelity Printers is also seeking an order interdicting and restraining Nyevero from entering the disputed mining premises or disturbing operations.

Kunaka accused the new owner of deploying “hooligans” and “hired criminals” to the mine where they “gave an illegal oral notice of eviction” without a court order.

But in his notice of opposition, Nyevera argued that he was allocated the mine after the expiry of Fidelity Printers’ mining rights and denied ever hiring thugs to evict the company.

Nyevera submitted that he and his business partners visited the mining site in peace, only “armed with the relevant mining papers.”

“There was no need for me to threaten anyone, I have legitimate papers to be on the mining site. I followed due process from July 2020 to February 2021 when the special grant was issued,” he countered.

“If anything I should be the one seeking an order to stop the illegal mining operations on the basis that gold is a finite resource which can be depleted.”

Nyevera also questioned Fidelity’s right to sue, arguing: “The applicant avers that it sold the mining area to Caesar Zvayi. Caesar Zvayi is the one in occupation of the area. After forfeiture, the applicant lost the locas standi to sue in this matter especially on an urgent basis.

“The applicant cannot sue in the manner it has done. At the very least, Caesar Zvayi could stand a better chance of this scrutiny. I, therefore, urge the court to dismiss the application on this further ground.”

The matter is yet to be heard.-Zimlive