Home Sports How Heath Streak was trapped by a corruptor, and nailed by the ICC anti-corruption team
Sports 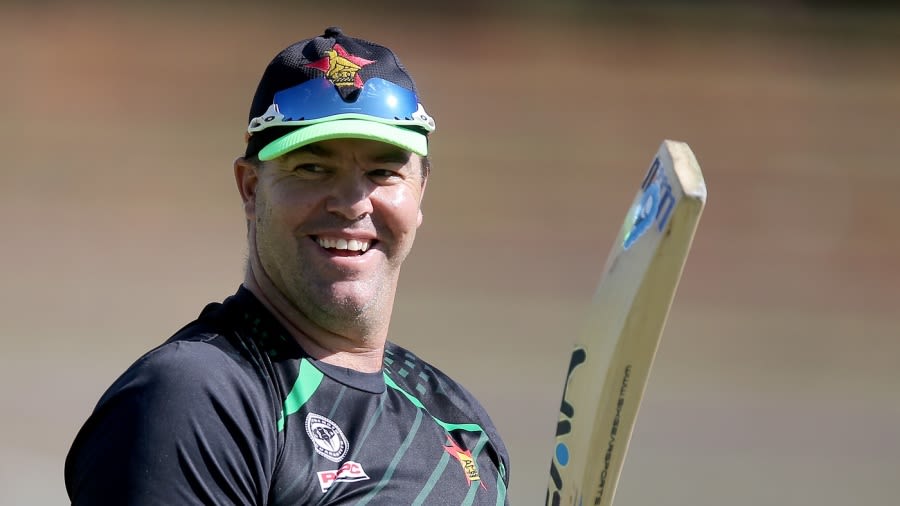 Heath Streak and Deepak Agarwal started chatting on the pretext of organising a T20 league in Zimbabwe, in September 2017. Streak, the iconic former Zimbabwe captain, was the head coach of the national team at the time, and Agarwal, simply a Delhi-based businessman. Agarwal wasn’t yet banned (for two years) by the ICC’s anti-corruption unit from participating in any cricket-related activities – that wouldn’t be till April 2020, after details of his key role in the Shakib Al Hasan corruption breaches emerged.

Agarwal initiated the chats, mainly over WhatsApp, contacting Streak on his personal phone number and email account. Agarwal told Streak that he could “earn some good money” for setting up the T20 league.

The ICC anti-corruption unit’s verdict on Streak, released by the governing body on Wednesday, reveals telling details of the investigation, including that of Agarwal telling Streak that he was “involved in betting on cricket”. Agarwal also asked Streak for details of his bank account “outside” Zimbabwe, which Streak provided readily. “Mr Streak also made it clear in these discussions that he wanted to establish a T20 League in Zimbabwe and was passionate about furthering cricket in Zimbabwe,” the ICC’s investigation said.

Streak’s past as Bangladesh coach exploited

Streak and Agarwal’s relationship began with those T20-league discussions, and would last 15 months until the ACU busted it in December 2018. During this period, Streak served as a coach in Zimbabwe, at the IPL, at the Afghanistan Premier League (APL). But Agarwal also made use of Streak’s contacts in Bangladesh, where he had served as the head coach between 2014-16. And it was the 2017 Bangladesh Premier League, where Agarwal used Streak as a conduit to get inside information on and from active players for the first time.

“In relation to the 2017 edition of the Bangladesh Premier League, Mr X [later confirmed to be Agarwal] asked Mr Streak to provide him with any links, namely team captains, or owners or players, in the BPL, saying they could earn good money as a result which they could invest in a T20 event in Zimbabwe,” the ICC’s investigation found. “It appeared that Mr X wanted Mr Streak to provide him with contacts of players, team owners etc. who Mr X could then approach for Inside Information, such as which team would win a match, in upcoming matches.”

Despite him not being involved in the BPL, the players in question trusted Streak, who had formed and maintained strong one-on-one relationships with many of the Bangladesh players. Streak, the ICC said, provided details of “three players in the BPL (including the details of a national captain), in circumstances where he knew or should have known that Mr X may use these details to contact these players and request Inside Information from them for him to use for betting purposes.” Streak “actually contacted” two of the players himself to “vouch” for Agarwal.

ESPNcricinfo understands that one of these players – the national captain – was Shakib, who in 2019 had been slapped with a two-year ban (one year suspended) for failing to report three approaches from Agarwal.

In November 2017, during the BPL, Agarwal contacted Shakib for the first time. Shakib was representing the Dhaka Dynamites at the time.

While releasing details of the Shakib investigation in 2019, the ICC had pointed out that Agarwal had received the player’s contact details from a person who was close to Shakib. This, the ICC investigation eventually established, was Streak.

In January 2018, when Shakib was playing in the tri-series involving Zimbabwe, Sri Lanka and Bangladesh, Agarwal sent him a message asking “do we work in this or I wait til the IPL”, by which he meant getting “inside information”.

On April 26 that year, during the IPL, Agarwal contacted Shakib, who was then playing for the Sunrisers Hyderabad. It was on the day on which the Sunrisers were playing the Kings XI Punjab in Hyderabad. As well as insider information, Agarwal also broached the topic of crypto-currency and dollar accounts from Shakib, prompting the cricketer to ask the corruptor to meet him in person for the first time.

Shakib failed to report all of this initially before eventually admitting to the charges levelled by the ACU.

While it could not be established if that meeting did indeed take place, in Streak’s case the meeting with Agarwal did take place. One of these occasions was in India in 2018 during a personal trip Streak took with his wife. It is understood that it was after this meeting that Streak received the two bitcoins and the phone (a present to his wife) – he did not disclose these details to the authorities until the ACU questioned him.

This is the first time the ACU has come across a corruptor using crypto-currency as a mode of payment. It appears that Agarwal transferred the bitcoins as payment against future coaching assignments for Streak.

How Streak was nailed

In 2017, a young cricketer from an economically disadvantaged background (from a full-member country), reported an approach from Agarwal to the ACU. It was while conducting that investigation that the ACU became aware of a long-term relationship between Streak and Agarwal. The ACU team analysed the phone interactions and unearthed evidence of the relationship between the two, and used that as the basis to formulate the five broad charges to nail Streak.

One of the charges was that both Streak and Agarwal had scripted their responses to cover for the other before the cricketer was scheduled to meet the ACU team in January 2019. Streak and Agarwal exchanged “a series of WhatsApp messages”.

“Mr Streak has admitted that he and Mr X effectively discussed what Mr Streak should say in the interviews to ensure that they both told the same story (a story which on occasions was not true) and consequently he has admitted that his conduct in so doing could be construed as misleading or obstructing the ACU’s investigation. Mr Streak also sought clarification from Mr X over the interview process and what Mr X had told the ACU on certain matters,” the ICC said.

Confronted with the evidence against him, Streak eventually cracked. “Mr Streak has admitted that, at the instruction of Mr X, he deleted these messages from his phone before he attended the ACU interview, as well as deleting Mr X’s phone number from his phone.”