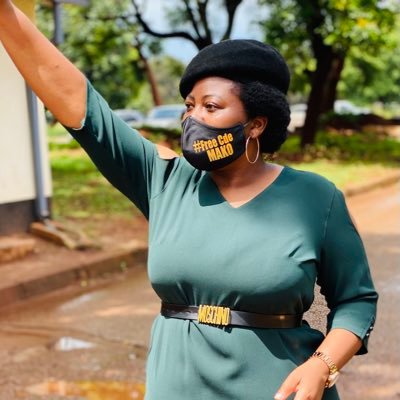 Harare West Member of Parliament Joana Mamombe is in a celebratory mood after a Harare magistrate dismissed an application by the National Prosecuting Authority for the revocation of Mamombe’s bail for reporting to a police station a day late as part of her bail conditions.

Mamombe was accused of failing to report at the Harare Central Police Station once every month.

The youthful MP argued before the Harare Magistrates Court that she arrived in Harare from her rural home late last Friday and was prevented from driving to the police station by Covid-19 dusk to dawn curfew.

She is said to have gone to the Police Station the next morning only to be told that she had already broken the terms of her release.

Magistrate Stanford Mambanje rules she was not in wilful default

Mamombe is facing several criminal charges including incitement to commit violence; breaching Covid-19 regulations by holding a public gathering; participating in an illegal demonstration and publishing falsehoods through allegedly faking her abduction.