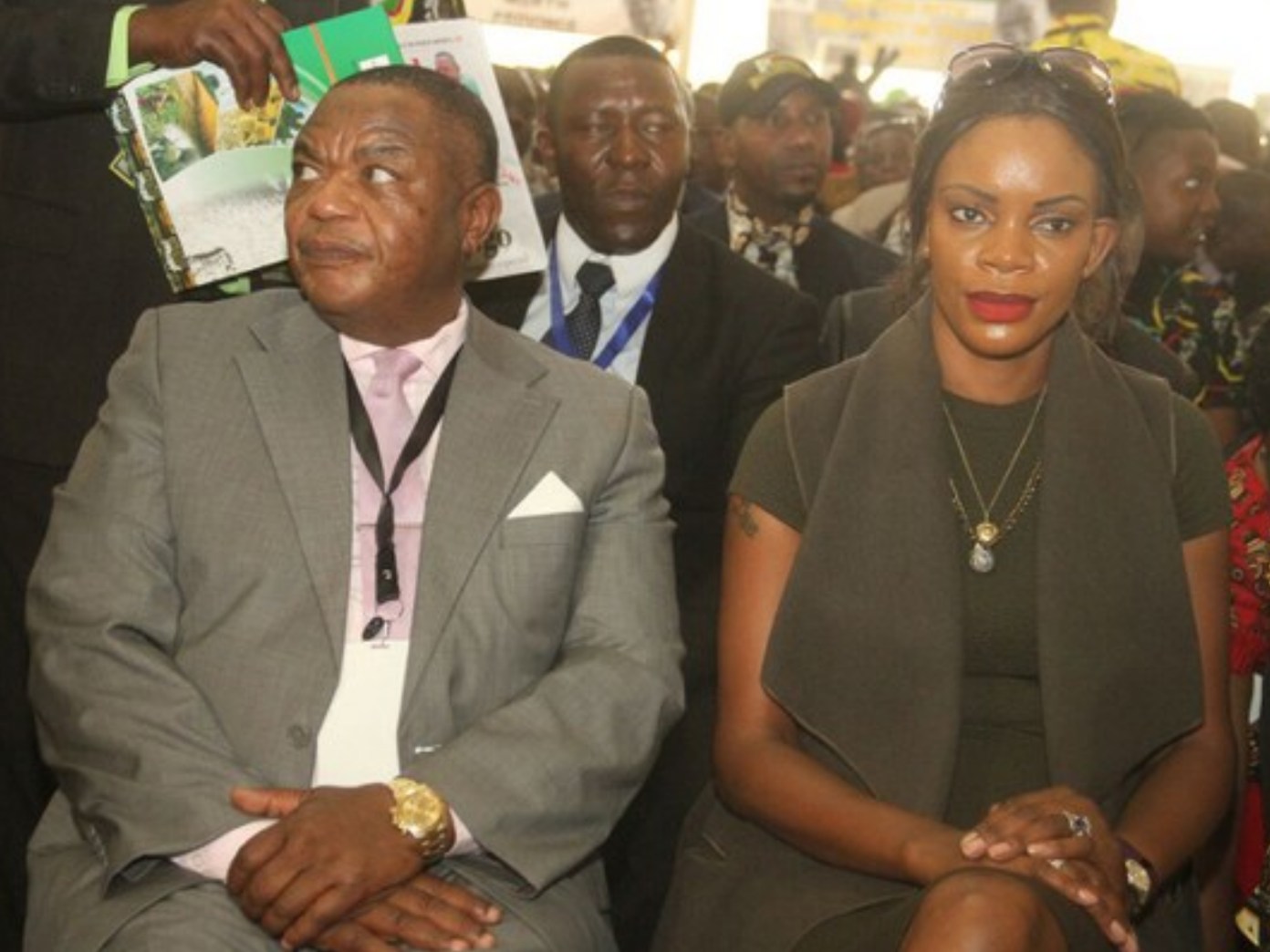 Nasty fallout … Marry Chiwenga and her husband in happier times

A furious Chiwenga allegedly ordered his wife’s arrest on money laundering and fraud charges following a testy meeting on Friday which was called to discuss the collapse of their customary marriage.

Marry, according to sources, was in combative mood in the meeting, repelling accusations of infidelity and telling elders from both their families that their sex life was dead.

“She was very hostile, she even described Chiwenga’s inadequacies in bed in shocking detail. It was the stuff no man wants to hear. She drove Chiwenga up the wall,” a source briefed on the meeting told ZimLive.

Sixty-three-year-old Chiwenga, who has been attempting to evict Marry from their Borrowdale home, immediately took custody of their three children aged eight, seven and five after she was arrested. Two other children from the 38-year-old former model’s past relationships were sent to her mother.

During the meeting on Friday, Chiwenga also accused Marry of trying to force him to marry her from his South African hospital bed while he was battling for life from suspected poisoning in July.

Chiwenga suggested that Marry thought he was dying – and was more interested in securing her stake in his estate.

At around the same time, Marry allegedly bought a house in Pretoria and two Range Rover SUVs for millions of rand.

The property acquisitions and the alleged attempts to force a marriage – allegedly after misrepresenting to the acting chief magistrate Munamato Mutevedzi by claiming it was Chiwenga’s wish – form part of the charges that ZACC have laid against the former model.

Marry maintains that she bought the house in South Africa to guarantee them privacy, which they did not have when booking into hotels on medical trips to the neighbouring country.

ZACC spokesman John Makamure was not reachable for comment but Marry was reported to be detained at Rhodesville Police Station. She is expected to appear in court on Monday.

Chiwenga returned from lengthy treatment in China early this month, but did not go to  the home he shared with Marry. He immediately initiated moves to end his marriage.

The retired army general is reported to have ordered Marry to leave the matrimonial residence in Borrowdale, and also not to take the children with her. Marry engaged lawyers to fight her eviction, which further infuriated Chiwenga.

The two were customarily married in 2011 after Chiwenga divorced his first wife, Jocelyn, and Marry left her footballer husband, Shingayi Kaondera.-zimlive