Home Religion Prophet Bushiri and wife Smuggled out of South Africa by Malawi... 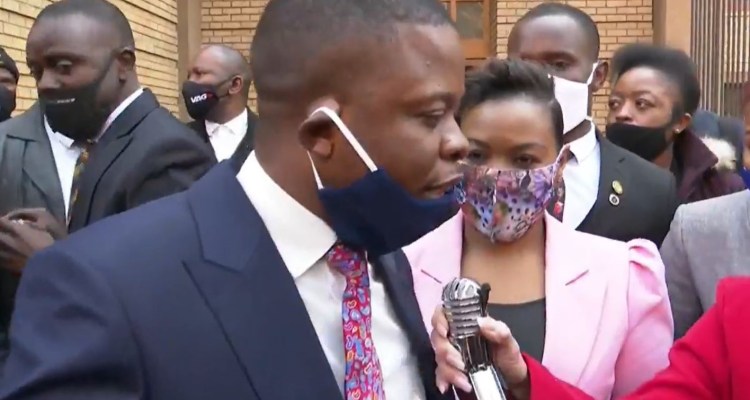 Self-proclaimed prophet Shepherd Bushiri and his wife, Mary, have fled South Africa for Malawi, in contravention of their bail conditions.

The two are accused, along with three others, in a fraud and money laundering case worth R102 million.

They were recently granted R200 000 bail in the Pretoria Central Magistrate’s Court.

In terms of their bail conditions, the Bushiris are barred from travelling anywhere in South Africa, except within the Gauteng and North West provinces.

In a statement on Facebook, Bushiri confirmed that he and his wife were “temporarily in [their]home country, Malawi, because of safety and security issues since 2015, matters that got worse when we just got out on bail”.

Bushiri adds: “There have been clear and evident attempts to have myself, my wife and my family killed and despite our several attempts to report to authorities, there has never been State protection. Our coming to Malawi, hence, is a tactical withdrawal from the Republic of South Africa solely meant to preserve our lives.”

Bushiri also lambasted the prosecution, saying the trial has dragged on for almost two years because the “State is not ready to give it”, and that investigators in the case were biased.

“Against this background, we have come to a painful conclusion that what my wife and I have faced in the Republic of South Africa, since 2015, is purely persecution not prosecution,” the statement says.

Before he would agree to return to South Africa, Bushiri has demanded the government ensure the family’s safety, and an assurance that the bail for him and his wife would not be revoked.

The bail conditions stipulate that the accused are to report to their nearest police station every Monday and Friday – between 06:00 and 18:00 – until the case is finalised.

The Bushiris were to hand over the original title deed of a property, jointly owned by them, as a guarantee that they would attend the rest of the criminal proceedings.

Bushiri has also demanded new investigating officers and prosecution in the case, claiming he wouldn’t receive a fair trial with their involvement.

The Bushiris’ spokesperson, Ephraim Nyondo, confirmed their departure to News24, but would not say whether they left by air or road.

Comment from the Hawks has been requested and will be added once received. -news24

Ginimbi death: Did he ignore a prophetic life saving call?