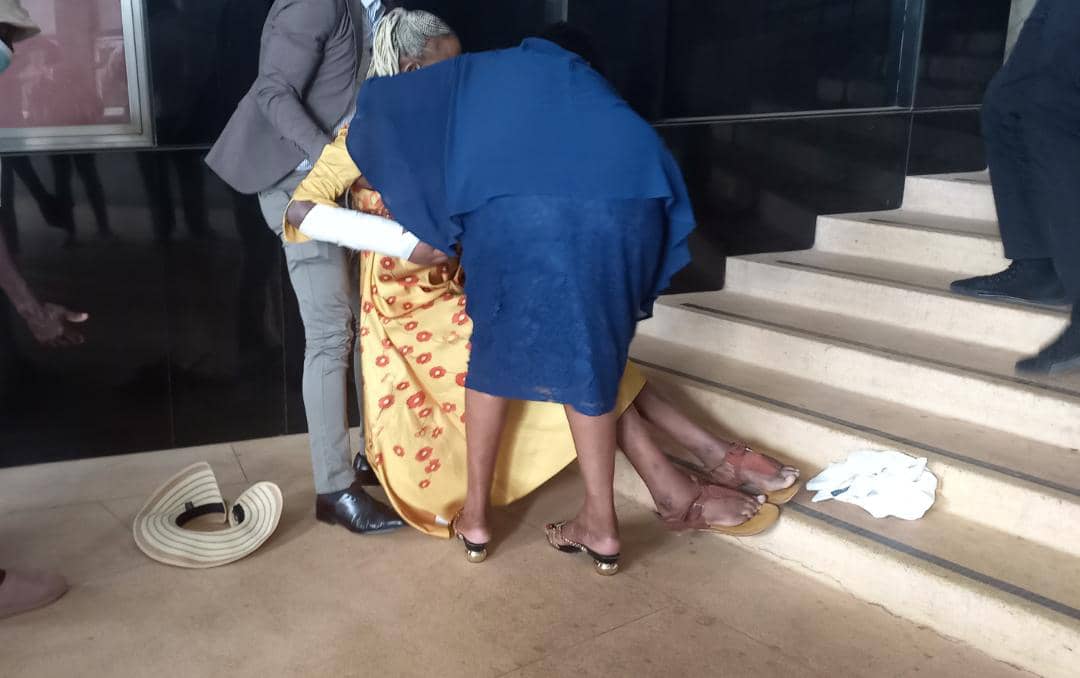 VICE President Constantino Chiwenga’s estranged wife Marry Mubaiwa, who has had to face multiple criminal cases despite her aggravated illness, collapsed and crashed her head against the stairs as she left the Harare Magistrates Court Wednesday afternoon.

She had come for the continuation of her trial in a case she is being accused of using forged documents in a bid to upgrade her marriage to the former Zimbabwe Defence Forces commander.

Chiwenga was supposed to testify at the trial but failed to do so after the state applied for the testimony to be held in camera.

Magistrate Lanzini Ncube will deliver a ruling on the application Thursday.

A sickly and visibly frail Marry apparently struggled to negotiate the flight of stairs at the court entrance, tumbled and fell headlong.

She wailed as she fell down drawing the attention people who were close to the entrance.

All witnesses have given their testimonies in the case and remaining is Chiwenga who is the complainant.