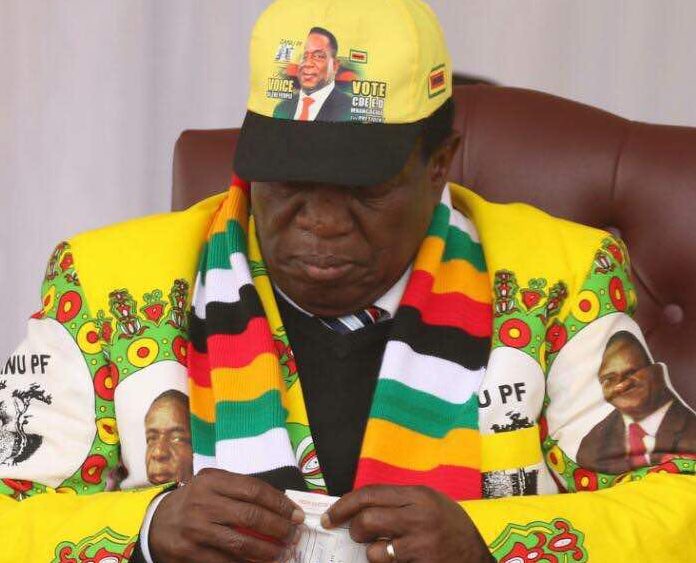 Vice President, Rtd General Constantino Chiwenga’s military generals who were key in executing the November 2017 coup against President Robert Mugabe, have allegedly declared war on President Emmerson Mnangagwa, and are said to be a step closer in launching another military operation to relieve Mnangagwa of his duties, Spotlight Zimbabwe, has been told.

The reports come hard on the heels of news last week, that the Chinese government and leadership have reportedly told Mnangagwa that his time to vacate office is up, and he should either retire or resign, or risk facing unspecified political action from Beijing, despite continuing to wear a brave face in public and making a symbolic cabinet reshuffle.

Some of the top generals in cabinet who include foreign affairs minister, Sibusiso Busi Moyo, who according to speculative media reports has been suddenly taken ill for treatment in South Africa this week and lands and agriculture minister, retired Air Chief Marshal, Perence Shiri, are said to be now at odds with Mnangagwa’s leadership and appalling statecraft, which has seen the economic situation deteriorating to stratospheric levels.

There are also growing fears around minister Moyo’s family circles, that he might have been poisoned just like VP Chiwenga, who has survived his alleged poisoning through the skin of the teeth, after undergoing special medical operations at a military hospital in China.

Defence ministry sources said another quartet of generals forced to retire and take up ambassadorial postings by Mnangagwa early this year, are understood to “have declared war against Mnangagwa” and want him removed following alleged damning intelligence, that his political faction in government and Zanu PF could be responsible for the spate of poisoning affecting influential military leaders.

Mnangagwa removed them from their posts in February and “promoted” the quartet to diplomatic service, while Chiwenga was absent in India for treatment, resulting in suspicion that Mnangagwa was taking advantage of Chiwenga’s absence to coup-proof himself by purging the VP’s close allies in the armed forces, all who were pivotal during Mugabe’s ouster.

“There is a damning military intelligence document with information, that Mnangagwa’s backers and faction in government and the ruling party could be responsible for the spate of poisoning affecting influential leaders in the army,” asenior official close to defence minister, Oppah Muchinguri-Kashiri’s office said.

“VP Chiwenga’s advisor, former Ethiopian ruler, Mengistu Haile Mariam, who also had an advisory hand in Operation Restore Legacy two years ago, after getting worried about Chiwenga’s health advised the military to conduct investigations into the VP’s poisoning, and it appears that almost all the generals involved in Mugabe’s coup have been exposed to poisoning of some sort, including minister Moyo, although the official line is that he is suffering from a kidney ailment. So it’s basically an all out war, and we are nudging towards another putsch. Those generals are angry, and the operation itself now depends on Chiwenga giving the greenlight.”

Mnangagwa himself suffered ice-cream poisoning in Gwanda in August 2017, and was ironically rushed to South Africa for treatment via air, through Manyame Air Base upon instructions from an alert Chiwenga, who was still Zimbabwe Defence Forces (ZDF) Commander, at the time.

A September report in a wide circulating British newspaper, reported that Mnangagwa is so afraid of being poisoned by rivals that he no longer eats in public.

Spotlight Zimbabwe, first reported in May this year, that a hardline military faction backing Chiwenga’s political doctrine and ambitions, was on the verge of booting Mnangagwa out of office, through another subtle military intervention, allegedly called ‘Operation Restore Economy’, and the operation might have started to slowly be in motion, so it might seem.

Further compounding the situation for Mnangagwa is defence minister, Muchinguri-Kashiri’s tacit admission that the country’s 30,000-strong defence force is hungry, sick and ill-equipped. “We are expected to host other defence forces but no-one wants to come here because of these conditions,” she told parliamentarians at a conference to plan for finance minister Mthuli Ncube’s budget speech last Thursday.

“We can’t beg for food for soldiers. These are people who have sacrificed themselves. We need food rations, as we are expected to provide 30 items, but we are only giving them 10. We are expected to provide four sets of uniforms but they have only one. You can identify a Zimbabwean soldier by their worn-out uniforms,” said Muchinguri-Kashiri, in remarks published by South Africa’s Sunday Times newspaper.