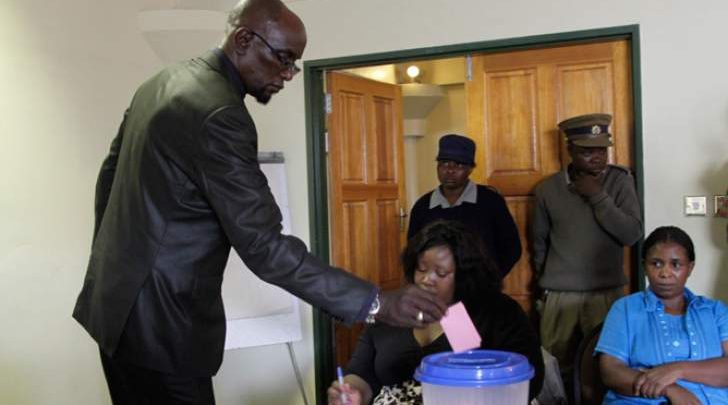 HARARE businessman Kenny Mubaiwa says he fears for the safety and security of his daughter Marry, who is in remand prison awaiting trial, as her impending divorce with Vice President Constantino Chiwenga looks set to shake the foundations of State security.

Marry has now clocked nine days in prison following her arrest on multiple charges of fraud, misrepresentation and violating the country’s foreign currency exchange control regulations. A charge of attempted murder on her husband was added when she appeared before a Harare magistrate on Monday.

She denies the charges and said they were motivated by her husband who she alleges is using his access to State power to punish her for wanting out of the couple’s eight years old marriage.

Speaking to The Standard, Kenny Mubaiwa said as a family, they feel their daughter could be harmed, but there is little they can do to protect her.

“Obviously in a case like this, we are surely worried about her,” he said. “But there is nothing we can do. We place this in God’s hands. We hope God will intervene.”

Mubaiwa’s concerns come in the wake of a video circulating on social media in which one of Marry’s uncles attacks Chiwenga for allegedly abusing his powers to settle a personal matter with his wife.

In the video, the man identified as Hannington accuses Chiwenga of disrespecting the Mubaiwa family by causing their daughter’s arrest. Mubaiwa confirmed that Hannington was his brother who is based in the United States

“He left many years ago, about 35 years ago. He is in America. But what I cannot confirm is whether he is the one who did the video,” Mubaiwa said.

Hannington said they were worried about the manner in which Marry’s case was being handled, and pleads with President Emmerson Mnangagwa to rein in his deputy who he says is setting a wrong precedence by abusing State power.

“I want to appeal to (President Emmerson) Mnangagwa to intervene in this case in such a way that our daughter is handled with the level of dignity and protection that every citizen should have.”

The Vice President filed for divorce soon after he returned from China where he spent four months being treated for suspected poisoning.

Marry said in court that her estranged husband had caused her arrest so that he gains an upper hand in the divorce case.