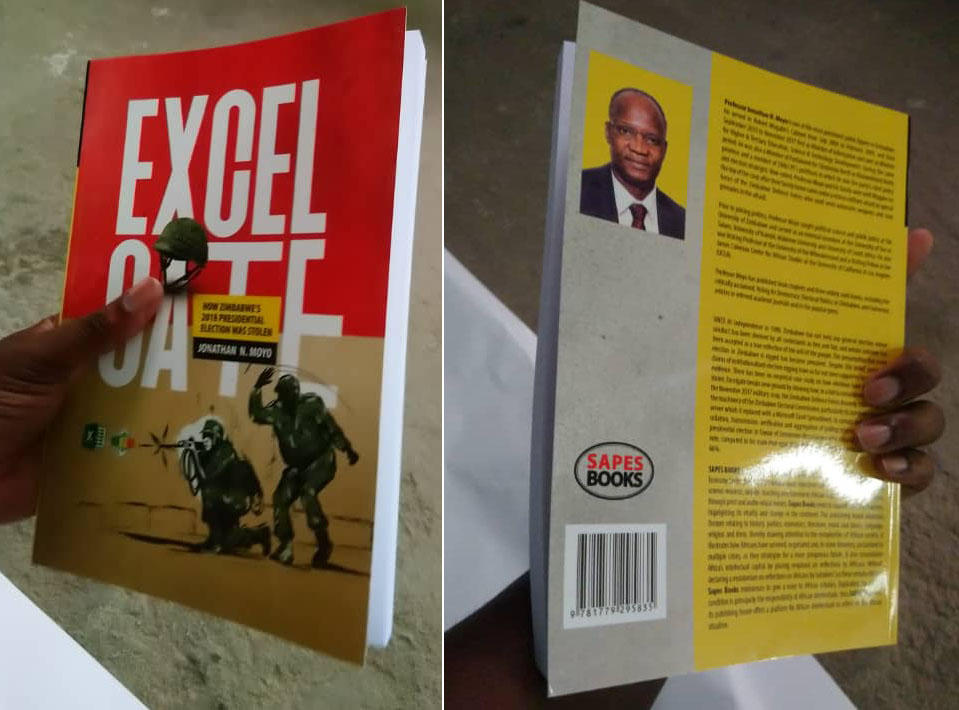 A Zanu PF mob on Tuesday blocked the launch of a new book on Zimbabwe’s 2018 presidential election after threatening violence on guests, including foreign diplomats.

It was the second time that the publishers, SAPES Trust, have been forced to postpone the launch of ‘Excelgate’, a book by Professor Jonathan Moyo which claims that MDC leader Nelson Chamisa won the July 2018 election before the electoral commission and the military conspired to hand victory to President Emmerson Mnangagwa.

Police refused to provide protection at the event which had been limited to invited guests only after the same mob disrupted the earlier planned launch on December 12.

Police wrote to the organisers stating that their request for police security had come too late.

Ibbo Mandaza, the founder of the SAPES Trust, said the mob had been led by one Alex Ncube, who is already known to the police after a report was filed following the first incident.

“They arrived at about 4:30PM and threatened violence with sticks and chains. They ordered our guests including diplomats from the European Union, Switzerland and Japan to leave or face violence. For safety of our guests and property, we have had to call off the launch again,” Mandaza said.

“Regime enablers at the National Archives have sabotaged the distribution of Excelgate on platforms such as Amazon by not activating the book’s ISBN number on its database to reflect internationally; yet it was purchased and issued in September 2019,” Moyo tweeted.

Mandaza said local sales of the book were continuing and “orders from abroad are mounting.”

Chamisa has refused to recognise Mnangagwa’s election last year, triggering a political and economic paralysis in the country.