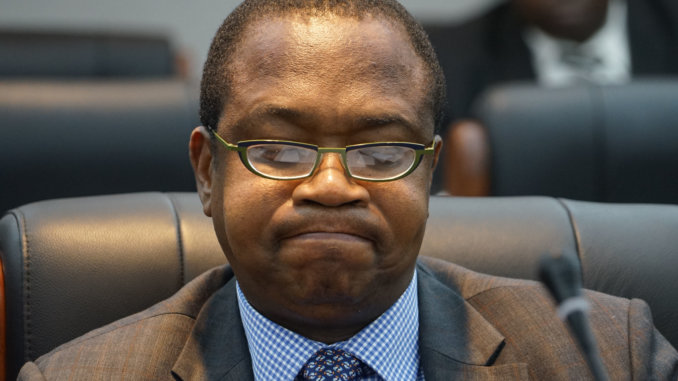 Finance Minister Mthuli Ncube is fuming over allegations that he is dating Jackie Ngarande and he has demanded an apology from Ngarande as this will tarnish his image
Ngarande made claims on her micro blogging site Instagram that she was dating the Zimbabwean purse holder and have bedded several times.
Allegations are that Mthuli has built a house and purchased a top of the range vehicle for Ngarande using state funds.
However sources close to Mthuli said that the Minister has no any relationship with Ngarande
“Her intentions to want to create a facade or perception that she is living lavish and also a deceit and lies of a car being purchased for her , a house being built for her are detrimental to the Ministers portfolio and also his private life, the full wrath of the law must take it’s course on such harmful behaviour and abuse of social media, ” said a close source from Mthuli’s office.
According to the source Mthuli wants Ngarande to be prosecuted over her abuse of social media.
“Abusing social media and opening fake accounts is damaging and she owes the finance Minister and his family a public apology
A public apology must also be made to all other parties she wrote about using this fake Instagram account @popcornroom_zw . –Zimmorningpost