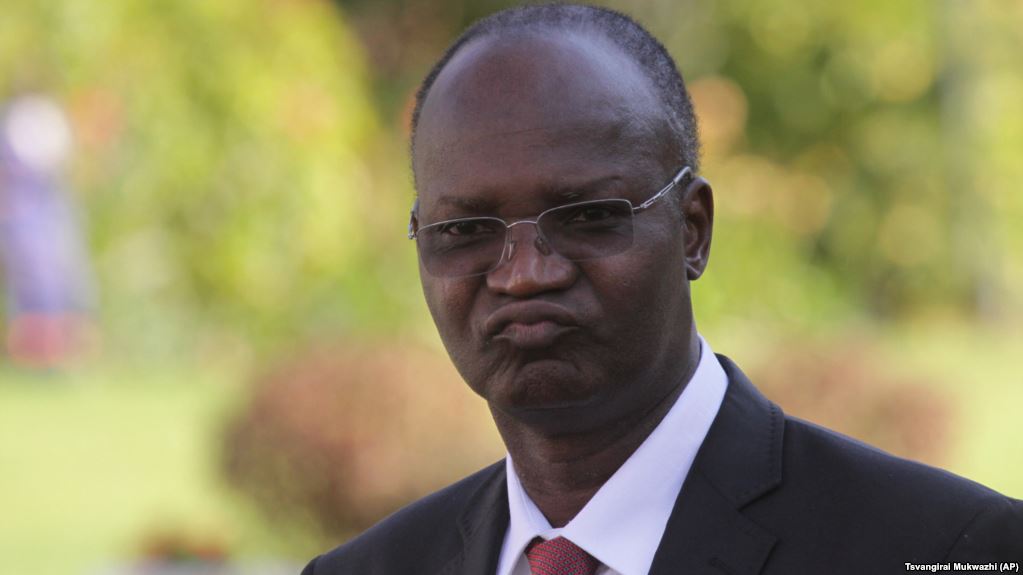 A devout Christian and ordained pastor, Chamisa wants lockdown restrictions eased for places of worship so they can seek divine solutions to the country’s problems, including the respiratory virus that has since infected 32,952 Zimbabweans and killed 1,178 others.

“We must allow churches to open for a controlled number of people provided there is social distancing, masking, and other Covid-19 protocols,” the opposition leader said during his Covid-19 national address Thursday.

“To our bishops, pastors, the church body, intercessors, and believers, we encourage you to continue to stand in the gap to pray for our nation.”

But Moyo countered Chamisa, arguing coronavirus is not a spiritual matter, but rather a complex medical question that requires scientific answers.

“Covid-19 is a medical challenge of science that requires a scientific solution. Anything else is mumbo jumbo,” Moyo twitted.

“Science works hand in hand with the spiritual? We can’t close out one while opening the other,” Sibanda argued, to which Moyo retorted: “Nonsense!”

A Twitter user with a handle @Vonie_ee also dived into the banter and dismissed Dubeko’s sentiments saying, “Who told you that for prayer to be effective, there must be a gathering?

“Are the leaders and their followers blocked from praying for Covid-19 from their respective homes? Why must they meet? This kind of ignorance and incompetence is shocking,” he charged.

Moyo, who skipped the country in the middle of the 2017 military coup and sought refuge in Kenya, took issue with Sibanda for questioning why grocery shops were allowed to operate ahead of churches.

“It is blasphemy to equate churches with supermarkets!” Moyo said.

Acting president and health minister Constantino Chiwenga on Friday announced a two-week extension of the national lockdown to February 15.

Biti says he has strategy on Coronavirus