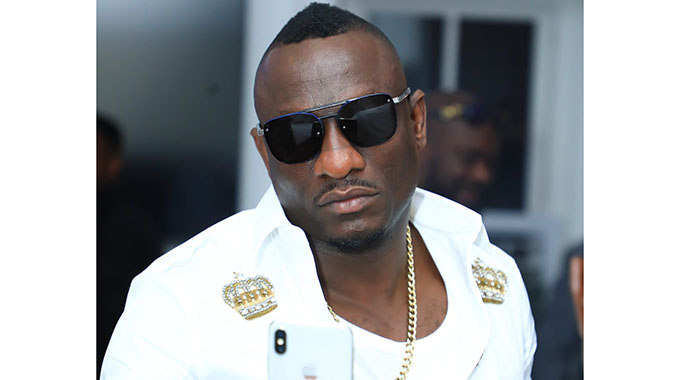 GOSPEL hip-hop musician, Mudiwa Hood has splashed thousands of US dollars on a sneaker collection in memory of his late cousin, businessman Genius ‘Ginimbi’ Kadungure.

Ginimbi, who had an expensive taste and lived a posh lifestyle, died in a tragic car crash November last year.

Mudiwa showed off a US$5 600 receipt for three Christian Louboutin shoes ordered from the United Kingdom with the caption, “ordered 3 same (that white Ginimbi sneaker) Spike Sock Sneakers by Christian Louboutin, few tracksuits and tshirts from UK in memory of my brother Ginimbi.”

The collection features a white spike sock donna sneaker which according to the Christian Louboutin website costs US$1 295.

The high-end red sole sneaker designed by French designer, Christian Louboutin is similar to Ginimbi’s which was ‘stolen’ from the accident scene where he met his demise.