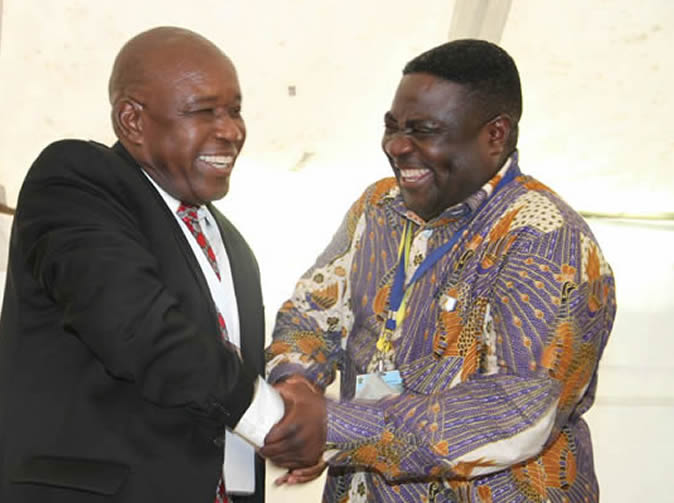 “It’s sad to see that one Mutsvangwa is bust fooling people as if he is an innocent soul,” said a war-veteran and ex-army officer who refused to be named fearing reprisals.

“Mutsvangwa worked under my command during the liberation struggle under Rec Department. He was good at it and this made him selected to be part of the private army which was trained for Gukurahundi purposes. In 1980 he was deployed in Tsholotsho, Lupane, Nkayi, Plumtree and Khezi where he did his recognisance duties with five guys under his command. When Gukurahundi started he had already did the job which led to people dying in numbers. I worked with him and he remained my boy and kept me updated of his movements. I didn’t approve of Gukurahundi hence I wasn’t included in the operation same like the late Gen. Solomon Mujuru who was sent out in a mission out of the country.”

The war-veterans leader also mentioned that not did Mutsvangwa commit crime during the Gukurahundi era.

“Mutsvangwa history of murder dates back to the liberation struggle. He murdered villagers accusing them of being sell-outs and practising witch craft. A lot of our people lost their lives under his army. I am shocked to see him insulting our genuine leaders while he is just a rapist, murderer who doesn’t deserve to be outside of jail. I remember one of my friends telling me that Mutsvangwa joined the struggle not out of passion but had ran away after raping and the Smith regime wanted to arrest him so he had to hide under the banner of a guerrilla,” he added.

He went on to question why Mutsvangwa is not probed for having secrets meetings with American spy Eric Little.

Two months ago a new youth lobby group within Zanu PF calling itself Vana VaChaminuka, threatened to expose Mutsvangwa for his involvement in the Baba Jukwa saga.

The group fingered Mutsvangwa as the major culprit who communicated sensitive secretive politburo information to embattled and suspended Sunday Mail editor Edmund Kudzayi who is current out on bail on charges of subversion and undermining the authority of President Robert Mugabe through the Baba Jukwa Facebook account together with his brother Philip.

Kudzayi is said to be Mutsvangwa’s nephew. Vana vaChaminuka also highlighted that there is a list of youths who worked with Mutsvangwa and Kudzayi in the project who include current imposed Zanu PF Administarion secretary Lewis Matutu and Harare youth chairperson Godwin Gomwe

Zanu PF Bigwigs Can Cause You Untold Suffering:Chiyangwa(Video)