FORMER cabinet ministers Jonathan Moyo and Saviour Kasukuwere were saved from death by Grace who sent her security personnel to rescue them from an attack by the military during the coup, ousted Robert Mugabe has said. 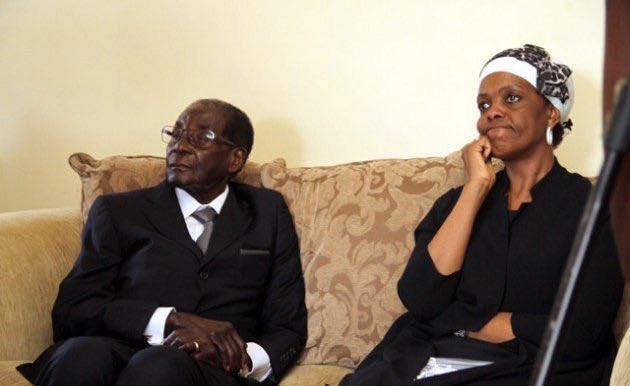 The former president was speaking in his first interview since the coup at his Blue Roof mansion.

He said his aides are still being harassed every day by soldiers who are asking them of the whereabouts of Moyo, Kasukuwere and Patrick Zhuwawo, another member of the Zanu PF G40 faction who was Labour Minister in Mugabe’s last cabinet.

“Those young men and women are being called one by one and asked silly questions; where is Kasukuwere, where is Jonathan Moyo, where is Zhuwawo,” said Mugabe.

“They should know these are just workers, gardeners, maids and grounds men. You don’t expect them to know; ask me I don’t even know where they are,” he added.

“Yes once upon a time we (Moyo et al) assisted them. Guns were being fired on their houses and a cry came; mama please help them.”

“It was my wife; she organised some of her security and said go and save them and what happens to you I don’t know, you may die,” he said.

According to Mugabe, Grace deployed cars and personnel who brought the two ministers and their families to the Blue Roof.

“We said to them we will keep your families but you go where you can,” he said.

Moyo, who has been hyper-active on social media attacking the government of President Emmerson Mnangagwa for ousting Mugabe, told the BBC in an interview recently that he had left the country with the help of “angels” who saved his life but refused to name them.-NewZim