written by Staff Reporter 4 years ago 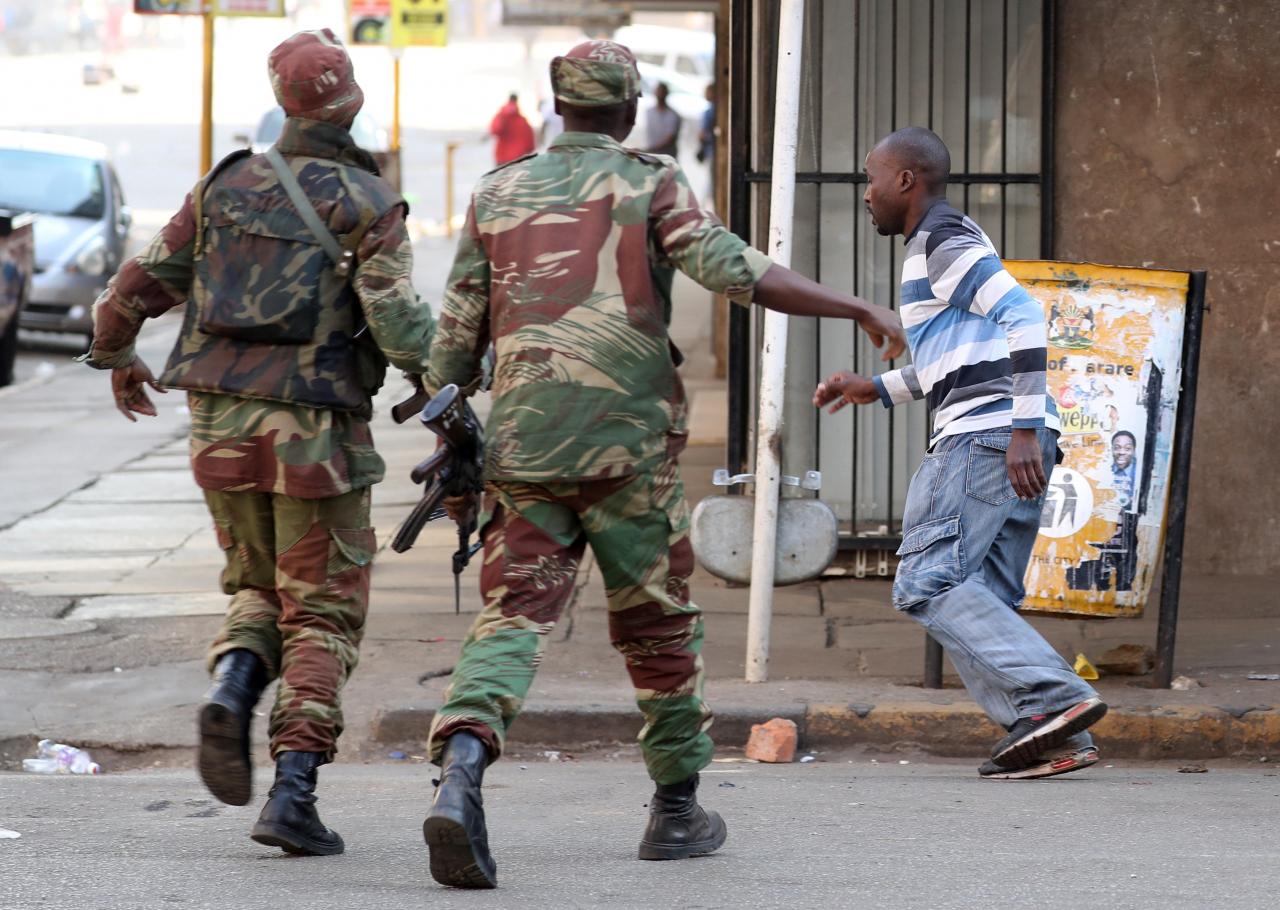 Evidence at hand has pointed to a hidden involvement of the military in the ongoing standoff in Zimbabwe. In Bulawayo a mob tried to push through a shop called Ashes were repelled by the owner who fired about 25 rounds of munition into the air. The mob did not relent. He eventually fired into the crowd hitting one man.

Witnesses say the man was quickly picked up by a Ford Ranger and whisked away. Police later arrived and managed to arrest a few in the mob. One of the person arrested later turned out to be a soldier. He was detained at Nkulumane Police Station.

A police source familiar with the incident who spoke to us on condition of anonymity said the person who was shot is believed to have been take to Brad Barracks in Bulawayo where he is said to have been receiving treatment. When police tried to make a follow up, they were told that the military was handling the situation. The soldier who was arrested, was supposed to appear in court today together with other accused persons but he was not brought to court presumably because of orders from above.

Police are said to have arrested a Mr Ashton who owns the Ashes Store and Service Station and are contemplating charging him for unauthorised use of a firearm. It is alleged that the gun he used was from a gun range and he was not licensed to use it.

A number of witnesses concurred that the looting appeared too coordinated to have been spontaneous.  “Imagine there was a group that arrived with a grinder which they used to cut the locks. The also disabled CCTVs in those shops. Who does that?” One shop owner asked.

This incidence comes hard on the heels of similar allegations by the opposition Movement For Democratic Change. In a Press Statement released by Nelson Chamisa’s spokesperson Nkululeko Sibanda he alleged that Gen Chiwenga coordinated a group of soldiers to loot and discredit the ongoing mass stay away that was called by Citizens and the labour union Zimbabwe Congress Of Trade Unions.

Mnangagwa leaves Russia with just a military calendar , no deals