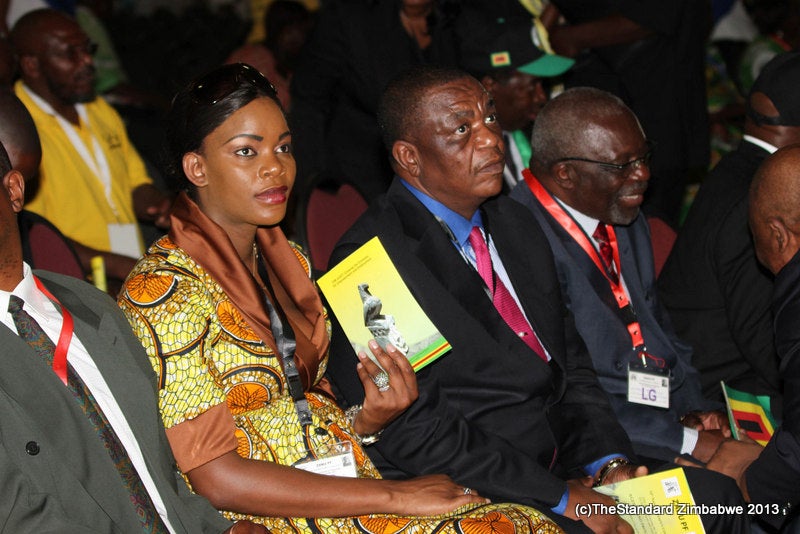 In the 1980s it became public knowledge that Solomon Mujuru was sleeping with Chiwenga’s wife. The wife (not named for legal reasons) is also an ex-combatant. When Chiwenga was tipped off the affair soon after he returned from his post in Bulawayo where in 1981 was attested to the newly formed Zimbabwe National Army as a brigadier commanding First Brigade. One lunchtime Chiwenga returned home only to find his wife naked in his bedroom and Mujuru had escaped through an open window. Mujuru forgot his jacket and beret in Chiwenga’s bedroom. Chiwenga as a junior to Mujuru could not confront him, but he sent his wife and kids packing.

Later on, after failing basic Officers course at the Zimbabwe Staff College he bribed a junior officer to give him answers for practical Intermediate Staff Course. It is alleged that he accepted a green coded paper with suggested solutions which are available only after the exam. Chiwenga was expelled from the course after refusing to name the junior officer who had given him the paper. He then went on to shoot himself through the right shoulder in an attempt to end his life and was admitted at Parirenyatwa Hospital in Harare. To save himself from the military job, Chiwenga told President Mugabe that his senior Mujuru and the wife he had sent away affected his performance .He presented the Mujuru’s items that he had left in his bedroom. Mugabe gave Chiwenga a lifeline and since then Mujuru and him only had a working relationship.

Chiwenga has been married and divorced several times. His known first wife is in Mozambique and is a war veteran.

He then married another ex-combated who now lives in Nuneaton in United Kingdom and have four children, all boys.

Soon after he cohabited with a Harare socialite and businesswoman only identified as Mwamuka. Their relationship went sour after Mwamuka one lunchtime turned up at the officers’ mess at KG6 barracks and lashed out at Chiwenga. She scolded him that he was not man enough and barren . She told him of his poor bed performance in front of his colleagues. Chiwenga was so embarrassed and the wife was later restrained.Chiwenga parted ways with Mwamuka soon after .

In 1998 he later married Jocelyn Jacobsen (née Mauchaza) who was a waiter at Jobs Nightspot in Harare and they divorced in 2012. There were no children from his marriage to Jacobsen, but in June 2009, as the wife of Zimbabwe Defence Forces (ZDF) commander, grabbed the triplets of a poverty-stricken mother who appealed for help on national television. Chiwenga is reported to have pulled up at the young mothers Unit F lodgings in a convoy of Mercs, accompanied by army bodyguards and said she was taking the three babies. The whereabouts of those kids is unknown today. Their divorce ended so bitter and went all the way to Supreme Court exposing a vast amount of wealth.Chiwenga also dragged his ex-wife to court over missing guns telling the courts Jocelyn used to beat him up with fists. Chiwenga with his influence used the military to evict and bar her from his properties.

In 2011 he married Marry (Mary) Mubaiwa, a former model and wife of footballer Shingi Kawondera, while still married to Jacobsen. Marry’s relationship to Chiwenga was through the late heroine Kiki Divaris whose Miss Zimbabwe project was a prostitution ring to recruit sex workers for chefs. Joice Mujuru and Oppah Muchinguri revealed in past interviews that these practices all started from Mozambique during the war of liberation and late Robert Mugabe, Solomon Mujuru and all used to get women of their choices that way.

In 2012 Marry bore their first child, a son, and a year later she bore a girl. In 2019, suffering from an undisclosed ailment, Chiwenga checked into a South African hospital. A fracas arose when his wife Marry visited him. She was later charged with attempted murder. In December 2019 Chiwenga filed for divorce from Marry citing infidelity issues, forged marriage certificate and that she takes drugs. It is also reported that one of their child’s DNA failed to match his. He grabbed his children and handed over Marry’s kids with footballers to her mother. Right now Marry spends her Christmas in prison.

Chiwenga is currently linked to other two women. Reports suggest that he plans  to reunite with his UK based wife, a move ZAOGA leader Ezekiel Guti has engineered .Chiwenga has a son who is a pastor in that church.

The other woman is Uncle Roland Muchegwa’s ex-wife, Michelle Kawome. Reports say Michelle is very unlucky when it comes to love relationships. After leaving an abusive relationship with South Africa based Zimbabwe tycoon Uncle Roland, she fell in love with a top married Harare lawyer who died behind wheels in December 2017.Kawome recently announced she is engaged to a mysterious man . Who is it? Mystery surrounds the circumstances leading to the fatal accident that claimed the life of prominent Harare lawyer, Edmore Jori who left behind his wife and three children.