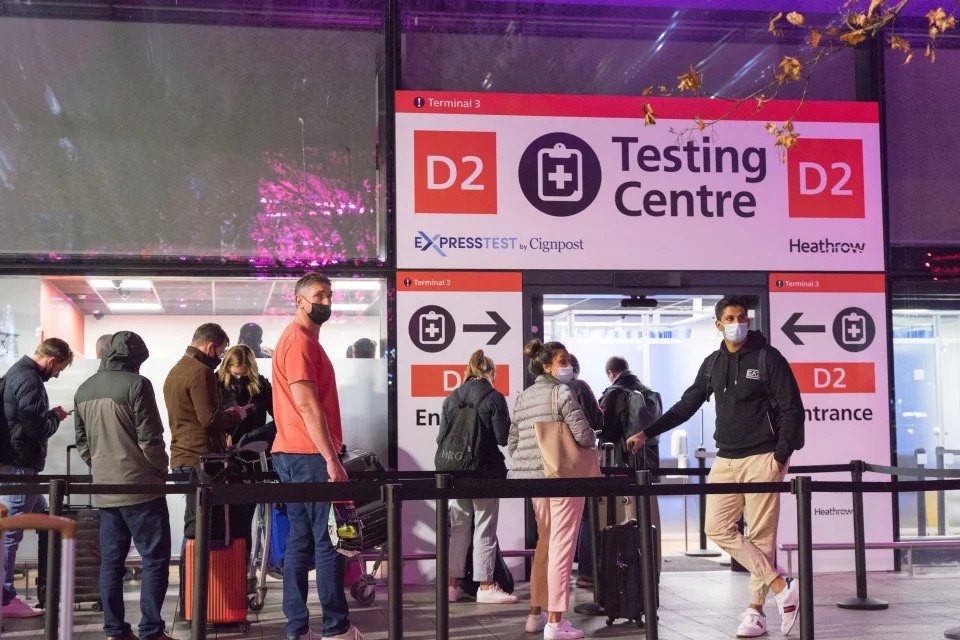 BORIS Johnson is set to scrap the travel red list within days – sparing travellers the worry of a £2,285 hotel quarantine.

In good news for Christmas breaks, Transport Secretary Grant Shapps is understood to have convinced colleagues the list should be thrown out.


Instead, quarantines will be replaced with testing for the fully-vaccinated.

It comes just a fortnight after 11 African nations were slapped on the list after the emergence of Omicron.

Under current rules, travellers arriving in the UK from countries including Malawi, South Africa and Nigeria must isolate in a Government-recommended hotel for ten days.

However, it’s thought that the variant is now spreading so rapidly across the world that there will be limited differences in infection rates across different countries.

At a recent Covid briefing, the PM promised to re-examine the policy amid claims it was unfair and ineffective.

And he last night vowed to make sure all eligible adults get the booster jab this month as part of a “national mission” to beat the mutation.

HOLIDAYS BOOST
He warned that two doses of the jab are “simply not enough” to give the “level of protection we all need” as he implored people to get their boosters.

Meanwhile, a top minister yesterday warned that one million Brits could have been infected with Omicron by the end of this month.

Education Secretary Nadhim Zahawi said: “We now a have variant so infectious, it will dominate and exponentially grow.

“You get to 1million infections by, say, the end of December.

Read our Omicron live blog for the latest updates

“Even if it’s milder by 50 per cent than Delta, the numbers are huge.”

In brighter news, data shows boosters offer up to 75 per cent protection from mild infection from Omicron, with The Sun relaunching our hugely successful Jabs Army campaign.

And Dr Angelique Coetzee, the medic who raised the alarm about Omicron in South Africa, told Good Morning Britain the variant has seen largely “mild” symptoms.

Even though South Africa has “quite a sick older population”, while fewer younger people are vaccinated, the disease has not yet translated into a huge increase in hospitalisations, she said.

“You will have a significant increase in cases,” she said.

“But your healthcare system should be able to detect it very easily.”

She said in most cases, patients admitted to hospital are later discovered to have Covid, rather than being admitted for the virus.

“It’s mild. Even our president got Covid, and I am quite sure he will also have mild disease and it’s not a concern,” she said.

“The mild symptoms, we have not seen those symptoms yet go into severe disease.”