Oliver Mtukudzi was laid to rest in front of thousands of mourners on Sunday – the final chapter in a glittering career that produced 67 albums. 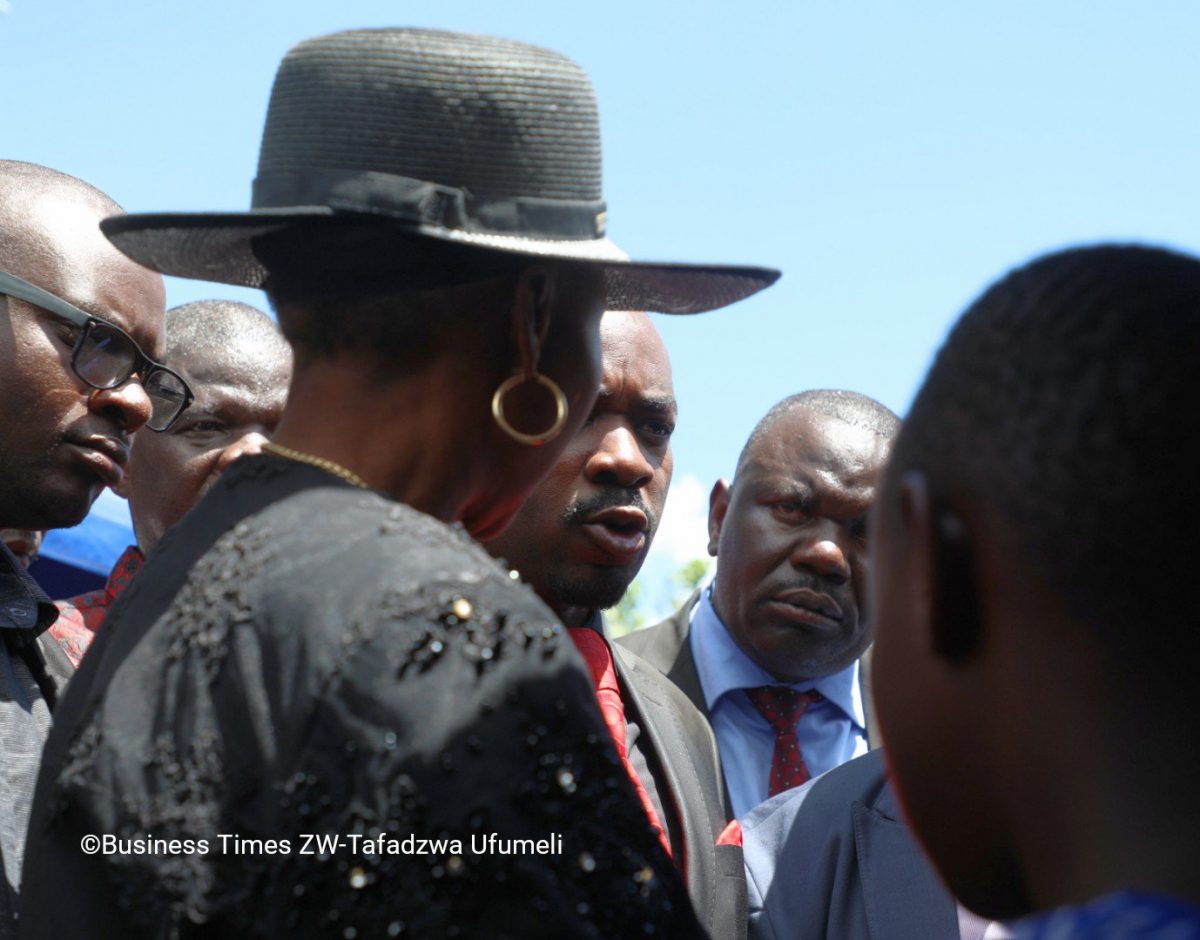 Movement for Democratic Change leader Nelson Chamisa, who arrived just as government representative, Defence Minister Oppah Muchinguri-Kashiri read a speech on behalf of President Emmerson Mnangagwa, was first denied entry into the Mtukudzi homestead. Hundreds of people broke a police and military barrier to create a path for 40-year-old, in the process disrupting Muchinguri’s speech as she repeatedly pleaded with the crowd to be quiet.

Once inside, Chamisa was denied a seat under the VIP tent, forcing him to follow proceedings while standing. A day earlier, state security agents denied him access into the National Sports Stadium where over 30,000 Zimbabweans attended a tribute concert for Mtukudzi, who died from diabetes on January 23 aged 66.

Chamisa and Muchinguri were seen in an animated discussion at one point. Muchinguri is heard accusing the MDC leader of “trying to steal the limelight”, to which Chamisa shot back: “This is a funeral, there’s no light at a funeral.”

Chamisa also accused Muchinguri of having a short memory, reminding her that when MDC leader Morgan Tsvangirai died in February 2018, the Zanu PF chairperson had arrived at the funeral in Buhera by helicopter, and had been given time to speak even as MDC supporters objected.

After Mtukudzi was declared a national hero by the Zanu PF politburo, the state took over funeral arrangements, with a clear concerted effort to prevent the popular MDC leader from playing any role in the funeral. Chamisa visited Mtukudzi’s second home in Norton last Thursday, and was allowed to speak to mourners, describing Mtukudzi as a “unifier”.

On Sunday, Mtukudzi’s widow, Daisy, thanked Mnangagwa for bestowing national hero status on her husband, and paid special tribute to Zimbabweans whom she said had showered her family with love.

“They say music is an impoverishing career path, but Tuku proved you can be successful at it. He took care of me from day one. Ours was true love. Tuku must know I love him, and always will,” Daisy told mourners.

Mnangagwa, in his speech read by Muchinguri, said: “Let us never despise or seek to harm our motherland, an example set for us by Tuku. We must all be patriotic. Let’s take pride in that we are Zimbabweans. Artists have a role to play in nation building.”

The internationally-travelled Mtukudzi died at the Avenues Clinic in Harare on Wednesday, triggering an outpouring of tributes from around the world.

His music cut across generations and in his later years he produced duets with younger musicians, some of whom he nurtured at his Pakare Paye arts centre in Norton, outside Harare.

He has produced songs with South African group Black Mambazo as well as Hugh Masekela, the trumpeter and singer known as the “father of South African jazz” who used his music in the fight against apartheid and died on the same day in 2018.