PROMINENT Harare lawyer Thabani Mpofu, a legal representative to MDC Alliance leader, Nelson Chamisa, who was arrested Monday and charged for allegedly defeating the course of justice in 2019, has been remanded in custody at the Rhodesville Police Station.

He is expected to appear in court Tuesday.

The crime, according to the Criminal Investigation Department’s (CID) Anti-Corruption Unit, was committed on 25 January last year.

On Sunday evening, 11 armed police officers visited his home during the evening searching for him.

Mpofu, who is being represented by Beatrice Mtetwa, has since been charged with contravening the Criminal Law (Codification and Reform) Act.

Allegations against him are that he drafted an affidavit on behalf of Simbarashe Zuze, who is said not to exist, and falsified that it had been sworn before Choice Daniso, then filed it at the Constitutional Court in a matter challenging the appointment of Prosecutor General Kumbirai Hodzi.

He is further alleged to have filed a second ConCourt application in connivance with Joshua Chirambwe, upon realising that the first application had failed, containing duplicate information from that contained in the affidavit of Zuze in a bid to stop enquiry into the existence of Simbarashe Zuze, thereby defeating judicial proceedings. 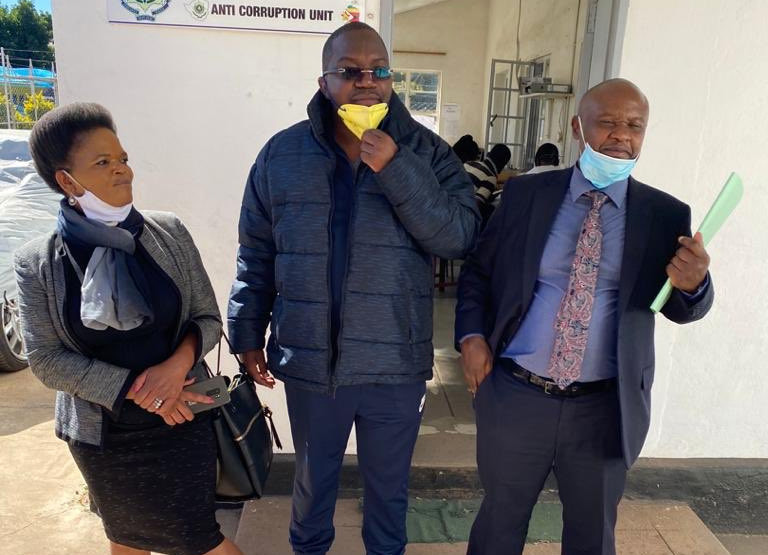 However, according to Zimbabwe Lawyer for Human Rights (ZLHR) the court application mentioned, Case Number CCZ3/2019, is still ongoing at the ConCourt and the court has not provided a judgment.

“The Constitution of Zimbabwe provides for the separation of powers between the three arms of government, the Judiciary, the Executive, and the Legislature,” ZLHR said in a statement.

“The arrest of Advocate Mpofu in relation to a case that is ongoing before the Constitutional Court and yet to be finalised is an assault on the principle of separation of powers. We are well aware of the Machiavellian tactics of law enforcement agents and other State institutions who have everything to fear from lawyers who represent their clients without fear or favour and insist on full compliance with the law and constitutional safeguards.

“State institutions and actors must understand that lawyers are officers of the court. They have rights to carry out their professional duties without hindrance, and these rights should be understood and respected,” ZLHR pointed.

“Lawyers should not be associated with their clients’ cause and must be protected, rather than vilified and subjected to such criminal and degrading behaviour.”-newzimbabwe