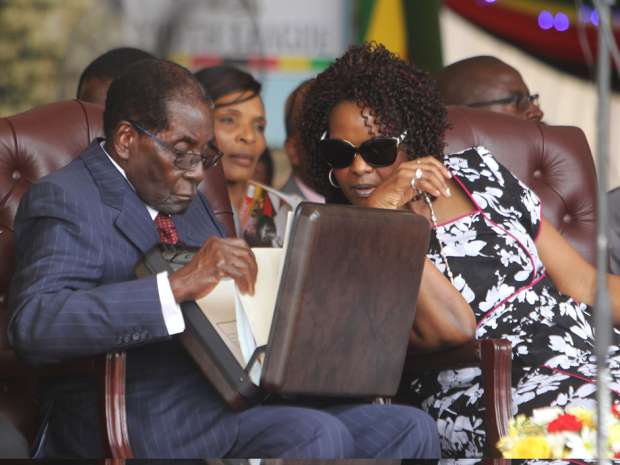 The Zimbabwe Road Administration (ZINARA) is in the eye of a storm following revelations that more than $1 million was abused under the pretext of being a fund for its Corporate Social Responsibility (CSR) activities, the Zim Morning Post can exclusively reveal.

The revelation comes at a time when the 2014 Zinara Grant Thornton Forensic audit report has been handed over to the Criminal Investigation Department (CID) Anti-corruption division.

The full audit report, which this publication has seen, has exposed the rot and corrupt activities done by Zinara from 2014 to 2018.

Investigations made by the Zim Morning Post in conjunction with the Centre for Investigative journalism in Zimbabwe established that the damning audit report has been kept under wraps by the former Minister of Transport and Infrastructure Development Jorum Gumbo since 2016.

It had to take the intervention of the Special Anti-Corruption Unit in the Office of the President to retrieve the report.

“We are also surprised why he (President Emmerson Mnangagwa) is pushing for the investigation because the beneficiaries are mainly from Zanu PF.

“This is a real test on his fight against corruption,” the source said.

Ministry sources said the report has not yet been tabled at the ministry as officials are scared because it implicates them.

Of particular interest is how the CSR fund was abused to fund a few individuals including politicians.

“The CSR funds were meant to benefit the underprivileged in the society but they were channeled to organisations linked to the political elite and one wonders what criteria was used to choose beneficiaries,” revealed our well-placed source.

“The officials were protected and there was a systematic obstruction into the investigations into the alleged looting of funds at ZINARA to protect corrupt officials,” said the source.

“The minister (Gumbo) is alleged to have thwarted investigations by muzzling the board and shielding senior ministry officials and top managers, a development that made him cross lines with the then permanent secretary Machivenyika Mapuranga.”

The Zim Morning Post has it on good authority that the Special Anti-Corruption Unit in the Office of the President has already instituted investigations and the audit report is in the hands of President Emmerson Mnangagwa who ordered immediate investigations to ascertain how the CSR funds were used.

Zinara also funded the Zimbabwe Defence Forces and other departments from the security forces, which all pocketed an inexplicable $ 70 000.

“ZANU PF bigwigs have been benefiting from funds meant for the underprivileged and some of them would take their concubines to hotels with ZINARA footing the bills. What type of CSR is that,” questioned our source.

What also raises eyebrows is that only two provinces were beneficiaries of the CSR funds yet the institution is a national body that collects road user charges through toll gates dotted nationwide.

The report states that only Zanu PF Mashonaland West and Mashonaland East provinces benefited to the tune of $123 000 giving rise to speculation that there was ‘special political interest’ from individuals within the roads adminstrator.

Despite the chaos that rocked the football fraternity due to lack of funding, the audit report shows that the Zimbabwe Football Association (ZIFA) received $340 000 from ZINARA.

Zifa has had perennial financial woes which has seen the Mighty Warriors receiving poor diet in camp while at one time players were paid a meagre amount of $5.

ZINARA earns millions of dollars through toll gates and transparency at the body has been of major concern lately with several cases of leakages been reported.