Former Information Minister Jonathan Moyo who was later moved to Higher Education has come out guns blazing on his former permanent secretary George Charamba exposing him as the author of the recently launched “Under the Eaves” column that is published by the Herald on Saturdays. 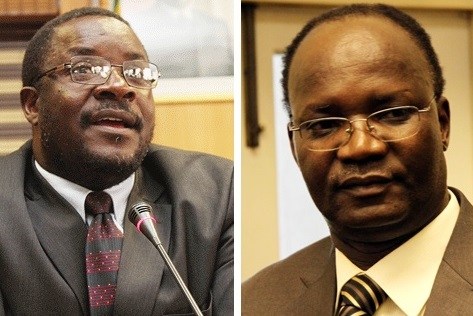 He says Charamba was also the author of Manheru which he stopped writing before switching to the new column under the pyseudonym by Igomombe.

Moyo says Charamba is violating the national constitution by authoring the column because he is a civil servant “yet he acts like a politician & is now tackling opposition politicians “UNDER THE EAVES” on behalf of #ZanuPF”.

The constitution forbids civil servants from acting in a partisan manner and from furthering the interests of any political party or cause.

Moyo traces Charamba’s history from the time he joined the civil service in 1984 to date and says he faked affection for former President Robert Mugabe yet the untold truth was that he hated both Mugabe and his wife Grace because of the misfortunes of his relative only named as Ms Kadungure.

He says Charamba was identified by the British government as a “rising bureaucrat” in 1995 and was recruited through a Chevening scholarship which he used to full effect “in terms of making Albion contacts, widening & deepening his wordsmith skills from Shakespearean archives!”