Midlands Province has recorded the highest number of murder cases involving weapons such as machetes, especially in areas associated with illegal gold mining, amid reports that some of the killings were being perpetrated at the instigation of politicians. This has prompted police in the Midlands and Matabeleland North provinces to ban the carrying of catapults, machetes, axes, knobkerries, swords, knives or daggers or any traditional weapon in public whether openly or by concealment for the next three months. 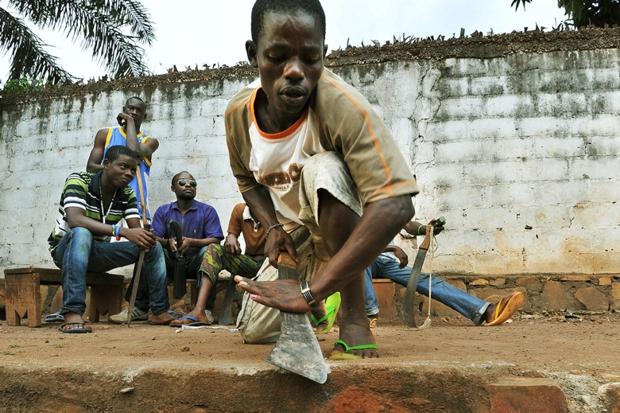 According to police, carrying such weapons will attract a six-month jail term.

Speaking during a meeting with members of the Zanu-PF Midlands provincial coordinating committee on development, Midlands Minister of State for Provincial Affairs, Cde Jason Machaya said the province was topping the list of violent murders using machetes.

“I must inform the leadership that it has come to the attention of Government that Midlands is topping the list of violent murders using machetes,” he said. “Over a dozen people have lost their lives and many have been seriously injured.

“Kwekwe and Zvishavane have been singled out. Illegal gold mining is the major cause of the violence. Some politicians are being accused as being the ringleaders of the violence and beneficiaries of the process. As a province, we must seriously address the issue.”

“In terms of Section 14(1) of the Public Order and Security Act Chapter 11:17, Chief Superintendents Edward Ncube of Zvishavane, David Tiese of Kwekwe and Johannes Chinembiri Govo of Lupane believe on, reasonable grounds that the carrying in public, whether openly or by concealment in a public place or thoroughfare, public display of any of the following weapons or items capable of use as weapons: (a) catapults, machetes, axes, knobkerries, swords, knives or daggers (b) any traditional weapon whatsoever is likely to occasion public disorder or a breach of the peace, hereby issue an order prohibiting the carrying of such weapons in the area or any part therefore for a period not exceeding three months, that is from March 27, 2017 to 27 June, 2017,” reads part of the prohibition order.Herald