MDC leader, Nelson Chamisa has come under fire from the Zanu PF Women’s League, which has vowed to crush any attempts by the opposition leader to sabotage the economy and topple President Emmerson Mnangagwa’s constitutionally elected government. 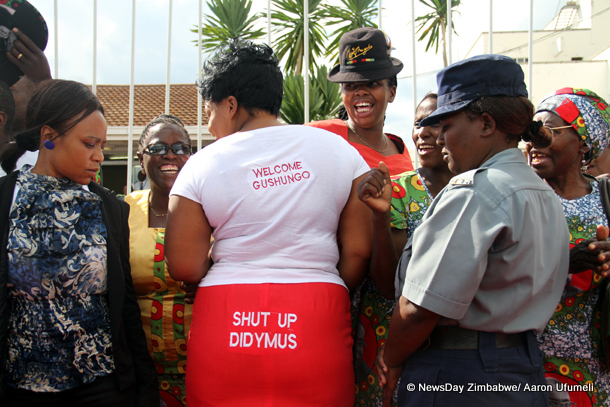 The Zanu PF Women’s League National Executive converged at the party’s headquarters, where they discussed the socio-economic and political situation prevailing in the country.

Addressing the delegates, the Secretary for Women’s League, Cde Marbel Chinomona declared war against Chamisa saying they are ready to crush any attempts by the opposition leader to destabilise the nation.

“If he is ready to go to war, let him come on the ground. As women, we are ready to deal with Chamisa if he attempts to start a war. We warn him to stop abusing innocent and unsuspecting people to engage into violent demonstrations because the women and Zanu PF at large will not fold hands and let him destabilise our hard won independence to achieve his political regime change agenda,” she said.

Minister of Information, Publicity and Broadcasting Services and Women’s League Secretary for Administration, Cde Monica Mutsvangwa urged the Women’s League members from grassroots level to be wary of social media reports bent on destabilising the country and remain resolute as President Mnangagwa’s administration is working round the clock to institute safety nets to deal with economic saboteurs.

“Things are difficult but our leadership, led by President Mnangagwa, is doing its best. He has put in place a number of safety nets, like the ZUPCO buses in town, the silo shops for cheap basic commodities and we have seen the First Lady mobilising medical drugs to be available in all hospitals. So as women, we need to be strong and rally behind our President, against any saboteurs who are using social media in their failed attempt to destabilise the economy,” Cde Mutsvangwa said.

The Women’s League availed a number of income generating projects, including a castor bean loan facility.

To deal with price hikes, women have been challenged to go back to the basic food security measures of baking home-made bread, venturing into gardening and chicken rearing, while the government ensures maize is distributed to those affected by drought.-ZBC