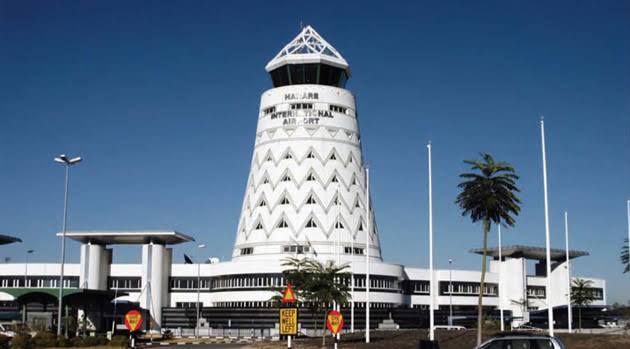 Following downing of tools by air traffic controllers today members of the Air Force of Zimbabwe are reported to have taken over the duties of directing Zimbabwe’s airspace as of Tuesday 26 November . This is the first time Zimbabwe air space had to be closed since the Country’s independence in 1980. Traffic controllers play a huge role as they direct all flights using Zimbabwean air space and not only direct flights to and from Zimbabwe. It is not clear if other airlines had to bypass Zimbabwe due to the strike.

While the move by traffic controllers from the Airforce may have been purely for safety and security reasons some are speculating there might be some political reasons behind the issue. Zimbabwe has been in overdrive with coup rumours as many are expecting Chiwenga to kick out Emmerson Mnangagwa via a coup. The Retired General attended his first Cabinet meeting today the first in over 6 months squashing speculation he had moved his office away from Munhumutapa to KG6.

Chiwenga expressed gratitude to Emmerson Mnangagwa for being a true brother and a friend for all the help he did to ensure he returns to Zimbabwe fit and strong.The Civil Aviation Authority of Zimbabwe is yet to issue a statement on the matter.-Dangwenews

Caesar Zvayi fired from Zimpapers , 2 months after being sent on forced leave

Tension As Zimbabwe Airspace is Closed, Army Takes Over