written by Gift Mawire 5 years ago 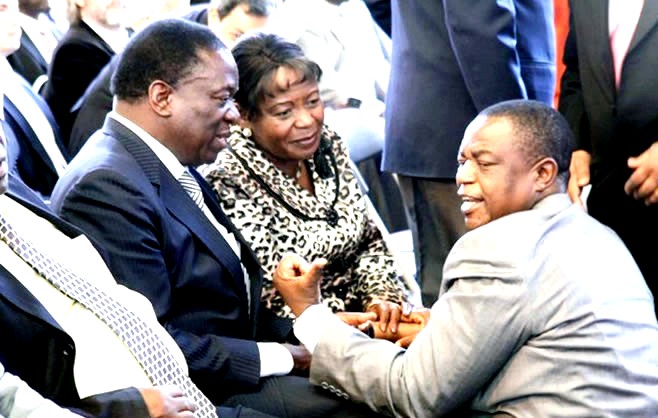 Zimbabwe’s top soldier General, Constantine Chiwenga, whose messy divorce details have been kept under lock and keys after a High court judge issued a legal gag against its disclosure has been exposed following a leak of the determination, thezimbabwenewslive.com can reveal. 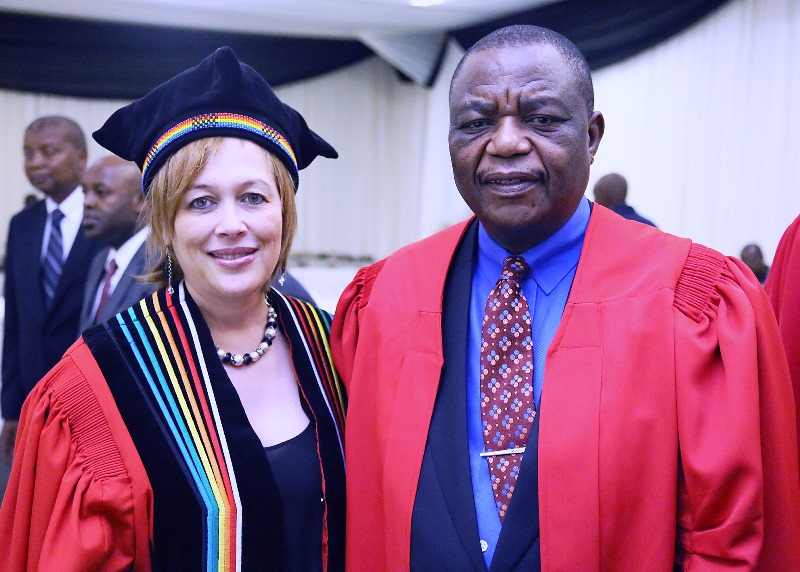 Although a report was made by the Zimbabwe Independent  in 2014, a High court determination is now in public domain.

Chiwenga who is now married to ex-model Marry Mubaiwa divorced his wife of 14 years businesswoman Jocelyn Chiwenga –Mauchaza and their  divorce in the High Court dished out all sort of dirt, to a point that the presiding judge the late Justice Mutema  imposed a blanket blackout on the case “for security reasons” after embarrassing details emerged at the beginning of the protracted court proceedings that Chiwenga—who is overall commander of Zimbabwe’s estimated 30 000 strong army—had told the court of how he used to be beaten to pulp by her violent ex-wife.

The two were married in November 1998 before the marriage broke down in 2012 when Chiwenga filed for divorce citing ex-wife Jocelyn’s alleged violent behaviour. Jocelyn once attacked MDC-T leader Morgan Tsvangirai after she bumped into him while he was shopping at an upmarket supermarket in Harare.

Justice Mutema is the first sitting High court judge to be buried at the Heroes acre in 2015.Chiwenga was instrumental in bidding for Mutema’s hero status.

Although the High Court made a judgement regarding a settlement on the sharing of vast properties spread countrywide and abroad,

According to the judgment number 463/14, the High Court granted the divorce after both parties conceded that their marriage had irretrievably broken down.

The court also adjudicated on how the couples should share their matrimonial property, among them real estate, companies, top of the range motor vehicles, jewellery, furniture and clothes exposing their vast wealth in the process.

Most of the couples’ properties were registered in the name of companies. Here is the list:

7.Ventilux (Pvt) Ltd, which has since folded.

9.A house at 9 Msasa Drive in Msasa Park.

In addition, the couple owned Dokson Investments which spearheaded operations at their farm in Goromonzi. Chiwenga was allocated the farm under the government’s land reform programme.

He was given 85% share of 614 Price Drive, the couple’s matrimonial home, and stand 103 Chishawasha Hills, weapons and several hunting trophies.

Jocelyn was awarded the house in Glen Lorne and a second house on stand 332 Borrowdale Brooke which she had already disposed of.

She also got the 3 850 square metre stand from where her company Zimsafe operated from and a similar industrial unit which the couple was leasing. She also received two properties in Borrowdale Brooke.

She was given most of the property in the master bedroom, five bedrooms, kitchen and master bathroom at their matrimonial home.

After judgment, Jocelyn was unhappy with High Court decision. She approached the Supreme Court and lost her case on 13 February this year. The Supreme Court case (Number451/14) , before Justices Vernanda Ziyambi, Anne-Mary Gowora and Bharat Patel and was heard for the first time on July 27, 2015.

Chiwenga’s  ex-wife Jocelyn was once a waitress at  Jobs Night Club in Harare. She changed her name to Jocelyn Jacobsen after she married a Danish national whose safety clothing firm it was reported she later seized with the help of Chiwenga before the two got joined in “holy” matrimony in 1998. It is claimed that Jocelyn grabbed Chiwenga from one of her best friends, Hazvinei, after she dumped Jacobsen.

Chiwenga accumulated his wealth from  mining of diamonds in Zimbabwe and DRC OPERATIONS . Every company used in mining and looting Chiadzwa diamonds had everything to do with former and serving security and military men .

Who is General Chiwenga?

He was born Dominic Chinenge on 25 August 1956 in Hwedza district of Mashonaland East Province.The three-time divorcee changed his name to Constantino Guveya Dominic Nyikadzino Chiwenga in 2016 .He left for war from Mt St Mary’s where both( he and now head of Air force of Zimbawe  Bigboy Chikerema (Perence Shiri)) were students.

He rose through the ranks to become a Provincial Commander for Masvingo/Gaza Province deputised by George Chiweshe who was the Provincial Commissar. He was later promoted to the High Command in 1978 to the post of ZANLA Deputy Political Commissar as late  Josiah Tungamirai’s deputy.

In 1981 he was attested to the newly formed Zimbabwe National Army as a brigadier commanding First Brigade in Bulawayo where he played a significant role during had a role in Gukurahundi, with his pals Shiri and  Mnangagwa as Defence Minister. He was later promoted to the rank of major general and reverted to his original name of Constantine Chiwenga.

According to Stuart Doran ,Chiwenga’s unit also provided a range of practical assistance, including logistical support for 5 Brigade and a base from which Shiri’s men operated when they made punitive raids on Bulawayo’s townships.

“Together with other former Zanla cadres, who shared common experiences and common hatreds, the pair was intimately involved in an apparent attempt to obliterate the Ndebele from the face of the earth.

In the early 1980s General Chiwenga was exposed for bribing a junior officer into giving him solutions for a practical Intermediate Staff Course. It is alleged the he accepted a green coded paper with suggested solutions which are available only after the exam. Chiwenga was expelled from the course after refusing to name the Major who had given him the paper. He then went on to shoot himself through a shoulder in an attempt on his life and was admitted at Parirenyatwa Hospital in Harare.

He has been a commander of Zimbabwe Defence Forces since 2003.

His term should have expired in 2013  but it’s renewed each year , a move some see as a reward for the role he played alongside George Chiweshe in thwarting Morgan Tsvangirai and MDC in 2008 hence saving RG’s presidency.

In 2015 ,60 year -old Chiwenga told a gathering in South Africa on his PhD graduation that he wants to be President of Zimbabwe.//ends