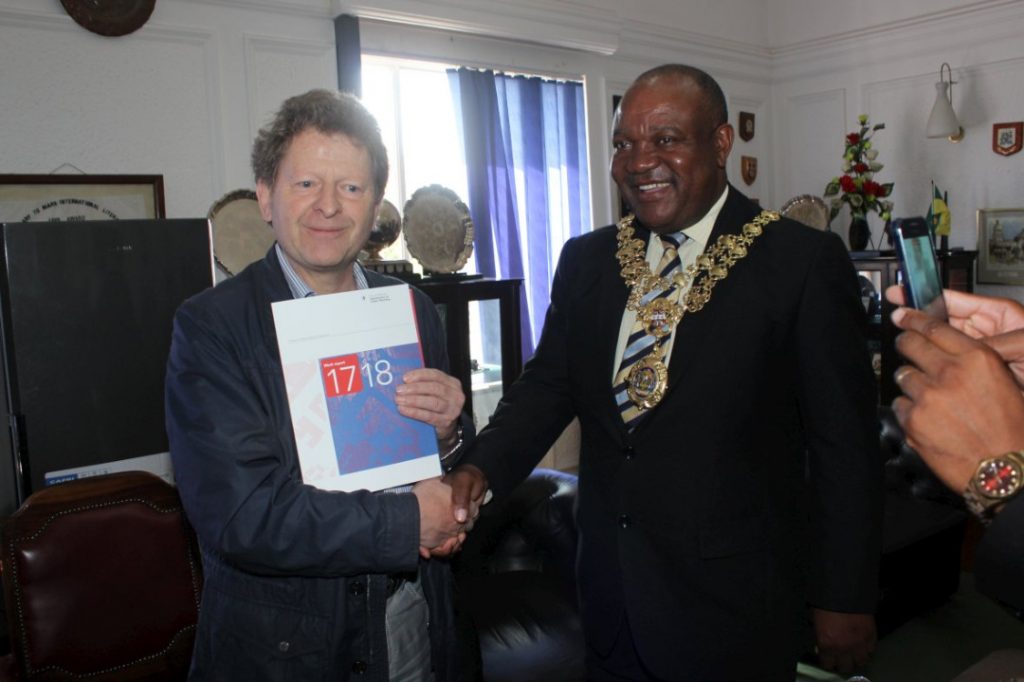 There’s something fishy going on at Rock Foundation Medical Centre in Mt. Pleasant. I went there and checked, the place is in my ward and there is something happening there – Bernard Manyenyeni.

FORMER Mayor of Harare, Bernard Manyenyeni (pictured), has said there is something fishy going on at the Rock Foundation Medical Centre in Mt. Pleasant, Harare, where reports say top Zanu-PF elites are putting in place an exclusive, well-resourced facility for their own coronavirus treatment.

Manyenyeni said he knows the area very well as it is in his neighborhood, and he visited it to find out what was going on.

Reports surfaced on social media that following the death from coronavirus of Zororo Makamba on Monday, it emerged that the deceased came into contact with top officials in the Office of the President and Cabinet as well as the Ministry of Finance and Economic Development.

The reports were corroborated by Deputy Chief Secretary to the President and Cabinet in Charge of Presidential Communications, George Charamba, who told State-owned online television ZTN that indeed top Government officials were in isolation after coming into contact with Makamba.

Said Manyenyeni of the rumored medical facility in northern Harare: “I have just been to the former Rock Foundation Medical facility. I am still in my pyjamas and gown.

“I know the place well enough – it is in our municipal ward.

“They advised that they are not open – not operating.

“What they told me is very different from today’s body language of the place itself – that I know well enough and can state confidently.

“There’s stuff happening there! The message of a exclusive medical facility for the politically-connected (or the elites) does not not sit well with ordinary citizens of Zimbabwe especially at this point in time.

“That said, any life saved is a life saved and any new medical offering is a welcome addition to the unfolding crisis.”

Efforts to get a comment from Zanu-PF Secretary for Information and Publicity Simon Khaya-Moyo were unsuccessful as he was said to be in a Politburo meeting. Presidential spokesperson George Charamba was also unreachable.

Following Zororo’s passing on, there was anger as images showed that his hospital room at Wilkins Hospital had barely any equipment, with the family also saying ventilators were not installed and there were also no sockets for certain machinery to be connected to save the deceased’s life.

Zimbabwe yesterday received its share of the donations from Chinese billionaire Jack Ma, who founded e-commerce giant AliBaba. Zimbabweans on social media expressed fear that some of the donated material could end up serving ruling party elites at a secret facility, as airlines have been grounded and coronavirus patients are not allowed to land in any territory for treatment.

It thrived when he was working as an advisor to the then Governor of the Reserve Bank of Zimbabwe Gideon Gono, but ran into financial deep waters after Kereke faced rape charges and was subsequently jailed for ten years in 2016. – Zimbabwe Voice