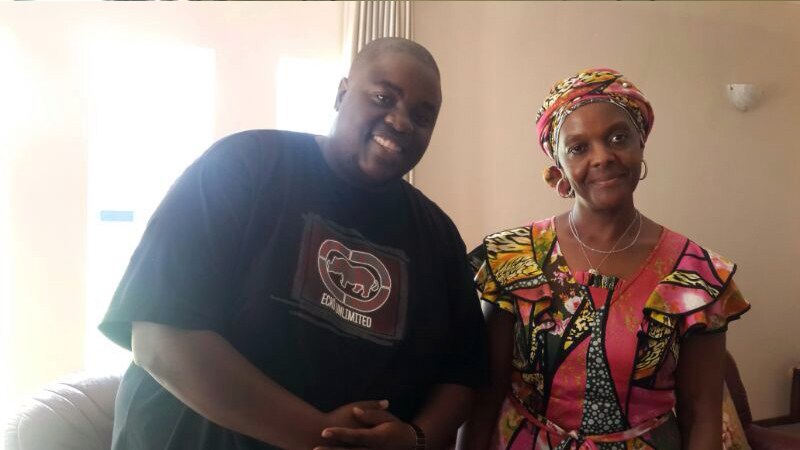 Kadungure said this in court yesterday when he took to the stand to defend himself in a matter where he is accused of defrauding Chegutu West legislator Dexter Nduna, Ivon and Enock Gatawa of more than ZAR1 million on the pretext of supplying mining equipment in 2012.

However, Chivayo was acquitted by Harare magistrate Morgan Nemadire at the close of the State case citing there is no direct evidence whatsoever linking Chivayo to the offence.

Ginimbi, as he is popularly known, told the court that he felt powerless after realising that he had been duped by Chivayo.

Kadungure said he approached some high offices in an attempt to get Chivayo apprehended but to no avail.

“I approached high offices to seek help. I ended up in the office of the then first lady Grace Mugabe to try and get help in apprehending Wicknell but nothing happened because he was just untouchable,” said Kadungure.

He also said the fact that he was arrested in 2014 and Chivayo in 2018 in relation to the alleged fraud proves that Chivayo was indeed untouchable.

Asked why he contacted the complainants and subsequently refunded Gatawa $50 000, Kadungure said he did so under the advice of his lawyer and to save time.

Ginimbi said: “I opted to part with $50 000 under the advice of my lawyer. I’m a busy person and to me, time is of essence. Now I’m here in court yet I should be out there making more money.

“I contacted Gatawa and Nduna to protect my reputation which was being dragged through the mud following my arrest.

“My reputation is all I have. I also wanted us to work together to apprehend Chivayo because we were all his victims.”

The businessman said he was used by Chivayo and was not aware that the 500 000 rands deposited into his account was stolen but thought it was from his gas supplier.