Perence Shiri wanted to commit suicide, shot himself in the arm 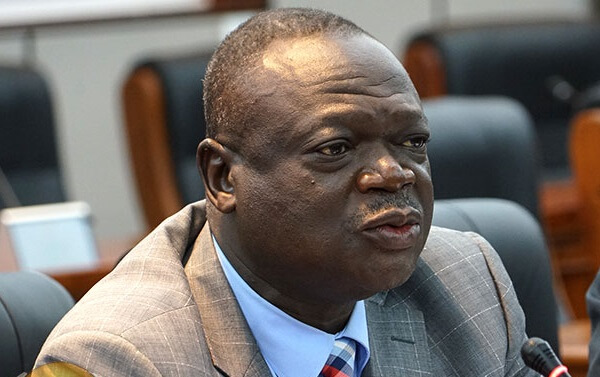 The attempted assassination plot in 2008 on former Air Force of
Zimbabwe commander Air Chief Marshal Perence Shiri who died Wednesday had nothing to do with politics as multiple sources in ZANU PF and the army have disclosed that the powerful army supremo actually wanted to commit suicide, WikiLeaks reveal.

According to The Herald, Shiri was ambushed while driving to his farm at 8:30 pm and suffered a gunshot wound to his right hand. The paper quoted Minister of Home Affairs Kembo Hohadi who, referring to bombings of a police station and railroad bridge in August and of a police station in November, said that the attack on Shiri appeared to be part of targeted terrorist attacks to destabilize the country.

Another source said Shiri likely got out of his car and attempted to shoot
himself in the chest but missed and shot himself on the shoulder blade. He
was later found by workers on his farm bleeding profusely still holding on
to his pistol, and they drove him to the farmhouse where he was later
ferried to Gweru. Shiri like most senior military officers never travels
alone.

“There is considerable doubt that the shooting of Shiri was an assassination attempt. Two close Embassy contacts with ties to ZANU-PF told us after talking with individuals close to Shiri that it was not. Additionally, reports indicate that Shiri was drving alone and was accosted near his farm at a choke point. It should have been relatively easy to kill him if that was the intent”, a wikileaks document reads.

It is still unclear why Shiri attempted suicide,but there is speculation
that there is growing disgruntlement in the powerful Joint Operations
Command and most senior officers in Army and police force and most want to quit but are afraid of prosecution.

Shiri a cousin of President Robert Mugabe was appointed as the commander of
the Air Force in 1992 taking over from Chief Marshal Josiah Tungamirai.

From 1983 to 1984,he commandeered the Fifth Brigade,which was responsible for a reign of terror in Matabeleland. During the massacre more than 20 000 mostly PF ZAPU supporters were killed and thousands more were tortured.

Assuming this was not an assassination attempt, the motive remains unclear. Along with allegations of MDC training camps in Botswana, this could have been a ZANU-PF orchestrated attempt to blame the MDC for destabilization efforts. and possibly set the stage for a declaration of a state of emergency. Mohadi’s statement in The Herald suggests as much. It is also possible this was a personal matter, divorced from politics.