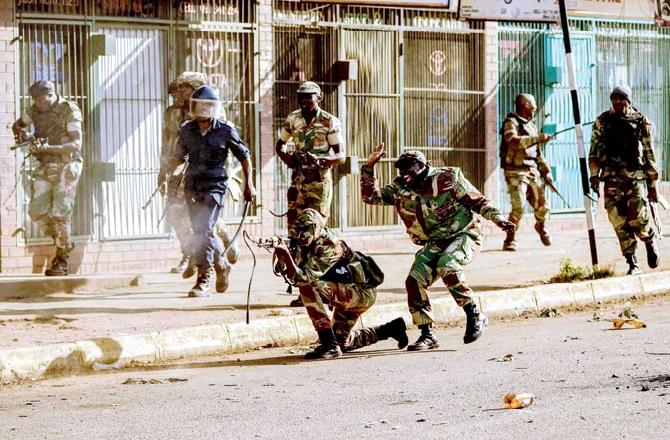 Exiled politician Jonathan Moyo has claimed a young presidential guard soldier went beserk today and emptied his magazine firing into the air at the statehouse this morning.

A young presidential guard soldier emptied his magazine firing in the air at State House in Harare this morning. He was arrested as he was reloading. He complained of hardships and said he “can’t survive in dead economy’. He’s been detained by the military at its holding cells!

Nothing has been confirmed about this incident by the govt for now. Wages and salaries have been eroded by inflation which has caused the economy to take a nosedive since late last year with the IMF saying inflation soared to 300% in August 2019.