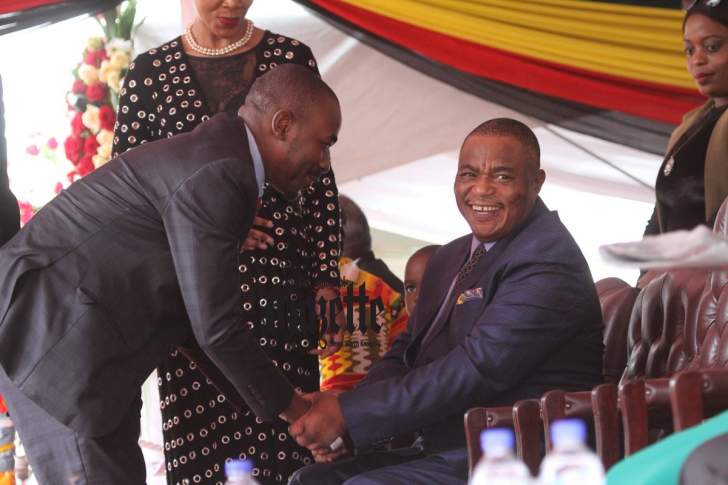 ZANU PF politicians and business persons are falling over each other to make contributions to a celebration bash being prepared for Vice President Constantino Chiwenga following his long layoff while undergoing treatment for an undisclosed treatment in China since August.

Sources say the “welcome party” has been slated for Saturday at Chiwenga’s rural home of Wedza.

“The party is in honour of his great escape,” said an impeccable insider.

Observers say the party is also an opportunity for Chiwenga’s loyalists to prove themselves to the Vice President as internal power jostling reaches another level.

The former Army General – who was born in 1956 in the Wedza district of Mashonaland East and completed his ‘O’ Level at St Mary’s Mission in Wedza together with retired Air Marshal Perrance Shiri – said he was now fit and “raring to go and join the team to build our country”.

“As I come back, my single message is for our people to have a singleness of purposes, to be united (and) to work together,” Chiwenga told ZBC.

“Gone are the days where manna would drop from heaven. One has to work hard and (not for) people to wait (and say) that they will be donors to come and dish out goodies. That time has gone. As you are aware, there is no donor who has contributed anything.”

Speaking on his health, the 63-year-old former soldier paid tribute to President Emmerson Mnangagwa for playing a facilitatory role and thanked ordinary Zimbabweans for wishing him a speedy recovery.

“I feel very good, and I would want to thank all the Zimbabweans for their prayers while I was away. Everybody made their prayers and they prayed for me, and I really appreciate it (sic),” Chiwenga said.

Turning to government business, Chiwenga said it was imperative that all stakeholders put hands on deck and rebuild Zimbabwe.

“To our leadership (sic), let’s work to achieve the vision our President has for 2030. Let’s make sure that THE vision and that wisdom which the almighty has given him (will be realised). Let’s work with him tirelessly to make sure that everything is achieved,” Chiwenga said.